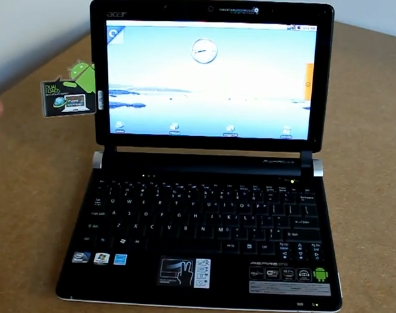 Google Android is generally aimed at mobile devices with ARM-based processors. But we’ve seen several efforts to bring the software to x86 processors, including the independent Android-x86 project as well as an Acer netbook which dual boots Windows and Google Android.

Now it looks like we could soon see more Android devices with x86 processors. APC Magazine reports that Intel is adapting Google’s open source operating system to run on devices with Intel Atom and other x86-based CPUs.

That means we could see more dual-boot systems like the Acer netbook, or low cost Atom-based slates and netbooks running Android, although it’s not entirely clear at this point why you’d need an x86 CPU to handle the operating system when it runs quite nicely on simpler, more energy efficient ARM-based chips. Still, Intel is doing interesting things to lower power consumption and improve performance of its mobile chips… perhaps we’ll see Android on Atom-based smartphones in the future.

It sounds like Intel plans to release an x86 compatible version of Android 2.2 to developers this summer.