Computer users of a certain age will remember BIOS as ubiquitous firmware that came loaded on PCs. It was the thing you saw briefly before your operating system loaded, and you could dig into the settings to change your computer’s boot order, enable or disable some features, and more.

Most modern PCs ship with UEFI instead. But most also still have a “legacy BIOS” mode that allows you to use software or hardware that might not be fully compatible with UEFI.

In a few years that might not be an option anymore: Intel has announced plans to end support for legacy BIOS compatibility by 2020. 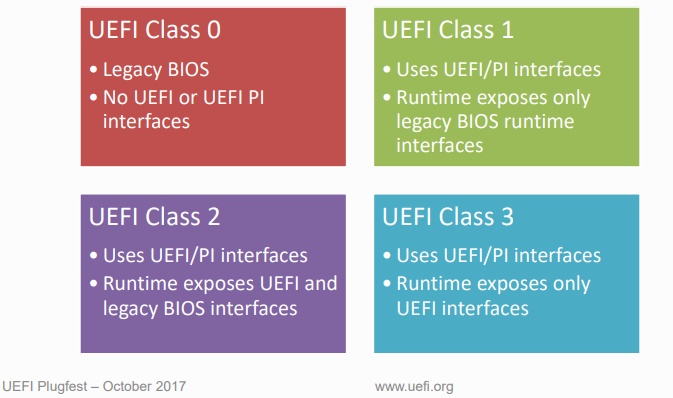 Note that this doesn’t mean “Secure Boot” will be mandatory.

While Secure Boot and UEFI were often uttered in the same breath when UEFI started to take off, Secure Boot is just an optional feature in UEFI. So theoretically the move to deprecate support for legacy BIOS won’t prevent you from running an unsigned operating system on a PC with an Intel processor… unless PC makers decide to not only enable Secure Boot by default, but make it impossible for users to disable it. That’s not something Intel is requiring (at this point).

You should still be able to run Linux distributions on PCs with UEFI… but if you run into compatibility problems on a system that doesn’t support legacy BIOS, you’ll have one less option for forcing it to work… particularly if you’re using an older operating system that simply does not support UEFI. Some folks have noted that older graphics cards and other hardware may also fail to run on systems using UEFI 3.

Richardson notes that some users are still relying on legacy BIOS support because specific tools they rely on aren’t compatible with UEFI. So in order to meet its goal of phasing out support by 2020, Intel wants to work with partners to “eliminate components with no UEFI support” and “Improve user experience with UEFI Secure Boot” for things like installing operating systems and other tools.

via Phoronix, Hacker News, and Tweakers