Intel’s Optane memory technology is super-speedy… and super expensive. So the first few consumer-oriented Optane solutions the company has offered were 16GB to 64GB SSDs designed to be paired with a separate SSD or hard drive.

That’s great if you have a computer with plenty of room for multiple storage devices. But what if there’s only room for a single M.2 2280 SSD?

In other words, it’s a single stick that offers the speed of Optane but the higher capacity storage typically associated with NAND flash SSDs. 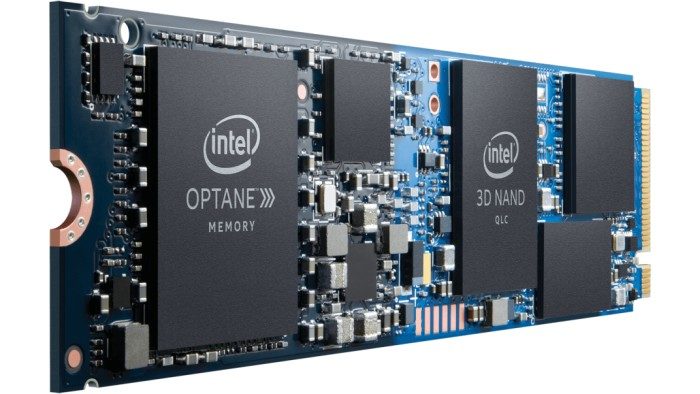 Intel says a notebook with Optane memory H10 should be able to open media files 90 percent faster while multitasking, launch games 60 percent faster, or open documents up to twice as fast as a system when compared with a computer with a TLC 3D NAND SSD.

But interestingly, while the new storage solution offers significantly higher random read speeds than a typical SSD, AnandTech notes Optane memory H10 appears to be much slower than Intel’s standalone 32GB Optane Memory solution. I guess something had to give when squeezing everything onto a single stick.

Intel will offer at least three configurations at first:

We could also see the new SSDs show up in mini desktop computers and all-in-one PCs in the future.