The new Intel NUC 11 Performance and NUC 11 Pro are compact desktop PCs that measure as little as 4.6″ x 4.4″ x 1.5″, while the Intel NUC 11 Enthusiast is a larger model with NVIDIA GeForce RTX 2060 discrete graphics and the Intel NUC 11 Compute Element is a module that system builders can use to make their own Tiger Lake-powered computers or other hardware. 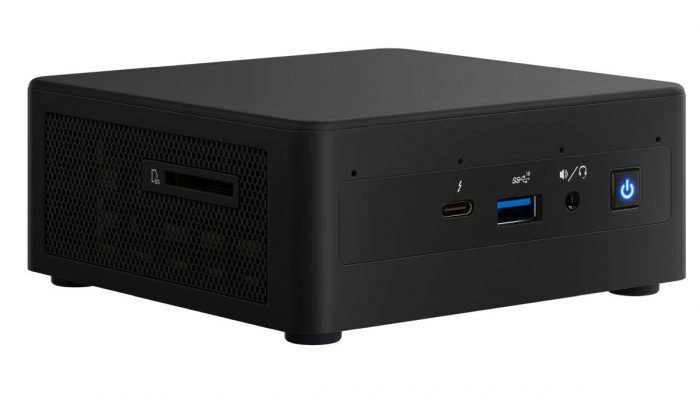 Intel announced in February 2021 that the NUC 11 Pro would only be available in the Asia Pacific region. The company suggests customers in other parts of the globe look at an NUC 11 Pro or other models.

Update: Intel has also introduced a new NUC 11 Compute Element, formerly code named “Elk Bay.” This model is a PC on a module designed to be used with a carrier board or chassis.