Intel’s NUC platform takes a recent Intel processor and crams it into a tiny PC that’s about 4″ x 4″ x 1.5″. NUC stands for Next Unit of Computing, and it sort of takes a laptop-class processor and turns it into a reasonably powerful, compact desktop computer.

Up until now most NUC systems have featured Intel Ivy Bridge processors. But VR-Zone reports that the first models with newer Haswell chips should be available within the next few months. 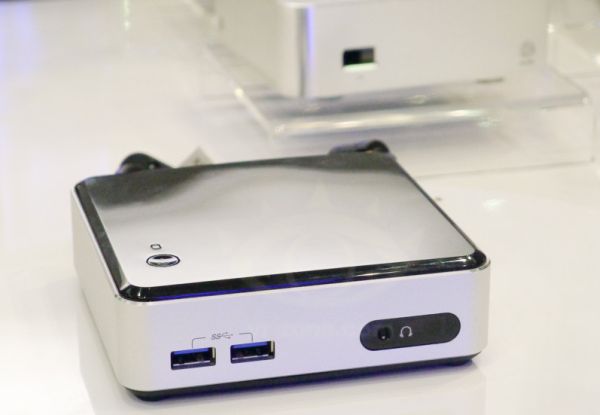 Haswell processors consume less power and offer better CPU and graphics performance than Ivy Bridge chips. The reduced power consumption is key here, since Haswell chips generate less heat than their predecessors. There’s not a lot of room for fans in an NUC system, and some models use passive cooling instead of fans.

According to VR-Zone, the new systems will also come with new case designs and offer more USB 3.0 ports than earlier models.

While computers based on the NUC design tend to use mPCIe slots for solid state storage, the new Haswell motherboard also has a SATA connector which allows PC makers to include a hard drive in models with cases large enough to fit one.