Intel may be busy launching a new dual-core Clover Trail+ processor for smartphones, but the company’s already looking ahead to next-generation Atom chips for smartphones and tablets.

Meanwhile the company’s confirming that the upcoming Atom “Bay Trail” chips should start shipping later this year, which means you may be able to pick up a tablet with a 22nm Atom processor in time for the 2013 holiday season. 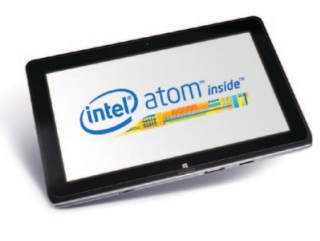 You may have noticed that all the news about Atom chips recently has concerned tablets and smartphones. While the Intel Atom chips of yesteryear were primarily used in low-cost netbook computers, Intel is positioning future versions of its low power processors as  chips for mobile devices.

Many tablet makers are also offering keyboard docks which let you use their tablets as notebooks. But Eee PC-style $300 laptops, these are not.

Not all Atom chips are designed for mobile use though. Intel is also pushing its low power chips for use in servers. But unless you make a habit of buying enterprise hardware, you probably won’t ever get your hands on a device with one of those chips.