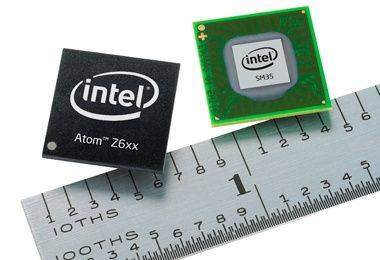 Update: Microsoft has released its earnings report, and while Intel says netbook growth is slowing, the software maker says its numbers paint a different story — with netbook sales down 32 percent from a year ago during the same period. Overall, Microsoft is seeing a decline in consumer PC sales, but there’s still growth in the business PC sector.

Intel reported its quarterly earnings yesterday, and several sites are reporting that the news doesn’t look good for the company’s low power Atom chips: Revenue from Atom processor sales was about 15 percent lower during the second quarter of 2011 than the same period last year. For the most part Intel is blaming declining growth in the netbook market.

Notice I said declining growth — not declining sales. In other words, netbook sales are continuing to grow. They’re not growing at the ridiculously fast rate that they were in 2008 and 2009. And that makes a lot of sense, because the product category isn’t brand new anymore. I suspect that iPad sales growth will level off eventually too.

At this point netbooks aren’t dead, as much as some folks would like to claim they are. They’re just a regular part of the PC market and sales of these little guys will likely continue to rise and fall along with other laptop and desktop computers. On the other hand, I wouldn’t be surprised if revenue from netbook sales stays relatively small.

With growth in the netbook space slowing and profit margins on mini-laptops getting thinner as computer makers bring lower cost devices to market, it’s no wonder Intel is blaming netbooks as it lowers its outlook for PC sales.

But at the same time as netbook sales are leveling off, tablet and smartphones are flooding the market. Right now those product categories are dominated by ARM-based chips from Qualcomm, TI, NVIDIA, Samsung, and other companies. But Intel is working on next-generation Atom chips which will use significantly less power while offering better graphics performance than today’s processors in an attempt to compete in these new spaces.

So just as it’s a bit premature to declare the death of the humble netbook, it’s probably a bit early to count out Intel. The company is also pushing its new “ultrabook” platform for thin and light laptops with processors that are far more powerful than the Atom chips you’ll find in netbooks. I’m a bit skeptical that this product class will take off anytime soon (the promise of a sub-$1000 computer isn’t as impressive as it once was). But at least Intel is continuing to explore multiple opportunities.

Update: OK, as mentioned above, Microsoft has weighed in. The company is probably in at least as good a position as Intel to have a finger on the pulse of netbooks. I have no idea why Microsoft and Intel appear to showing different numbers — but if you take Microsoft’s figures at face value, it looks like netbook sales might actually be declining.

There are plenty of reasons this could be happening. While some folks will point to the Apple iPad and other tablets that serve many people’s portable computing needs, others will point out that prices continue to fall for 11.6 inch and larger laptops which offer better performance than a netbook for not much more money.

We’ve also seen a fairly small number of new netbooks hit the market this year. Some of the computer makers I’ve spoken to say that’s because they’re waiting for Intel’s next-generation Atom chips. I suspect we’ll also start to see machines with ARM-based processors once Windows 8 hits the streets next year.

But whether the netbooks as we once knew them are on the way out or not, I say mission accomplished. While there will likely be a market for cheap 10 inch notebooks for some time to come, as long as I can find a range of portable computing devices that weigh around 3 pounds or less and cost around $500 or less, I’m a pretty happy camper. How about you?