Intel says its new chips will power dozens of devices that straddle the line between notebooks and tablets. According to the company there are more than 50 different “2-in-1 designs in the pipeline.” 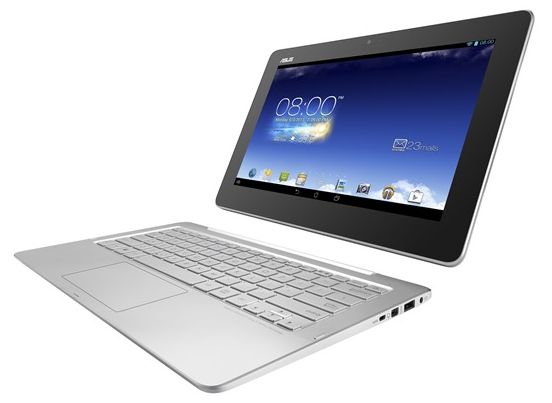 That’s not exactly shocking news, since there are a handful of notebook/tablet hybrids with today’s Intel Atom “Clover Trail” chip that already sell for around that price. But most of them launched at much higher prices and only hit the sub-$500 mark after a price drop or two.

So it’s nice to see that Intel is positioning its Bay Trail platform so that tablets using the new processor will be around the same price as models with ARM-based chips.

Intel’s 22nm Bay Trail chips are expected to be 2-3 times faster than the Clover Trail processors that power current Windows 8 tablets. But they consume significantly less power than Intel’s Haswell chips, allowing for thin and light laptops which can get 8 hours of battery life or more — and weeks up standby time.

One of the key advantages Intel Atom chips have over ARM-based processors from Qualcomm, NVIDA, and Samsung is the ability to run Windows 8 or Windows 8.1 (and not just Windows RT). But it’s likely that some of the cheapest Bay Trail-powered tablets will ship with Google Android rather than Windows.

Interestingly, Intel expects tablets with more powerful Haswell chips to get even better battery life than Bay Trail models. The company is promising around 9 hours of battery life for ultrabooks thanks to major improvements in energy efficiency.