Over the last few years we’ve seen small computers get smaller and smaller. The Intel Compute Stick that’s expected to ship within the next month or so looks more like a chunky USB flash drive than a full-fledged computer. But plug it into the HDMI port of nearly any TV or monitor and you’ve got a full-fledged Windows (or Ubuntu) PC.

At the Intel Developers Forum in China this week, Intel is discussing some of the latest trends in tiny computers and providing more details about the Compute Stick… and the devices that might follow it. 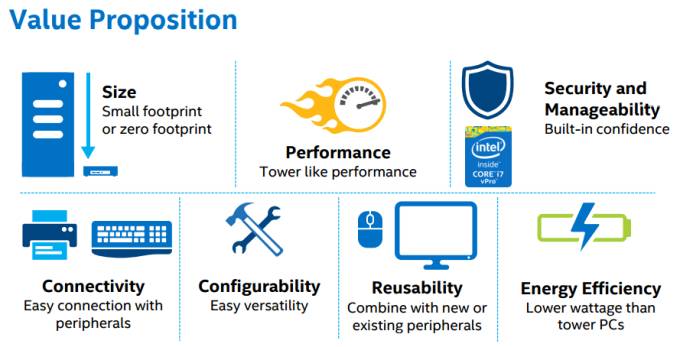 First up, let’s talk a little bit about money. Before smartphones and netbooks became popular, the conventional wisdom was that smaller computers cost more than their larger counterparts because it was expensive to shrink the size of components. But these days small, relatively energy efficient components are pretty commonplace… and smaller devices are often cheaper than bigger models.

For instance, the Intel NUC mini-computer motherboard measures about 4″ x 4″ and Intel says it has a bill-of-materials of around $200. The smaller 4″ x 2.5″ Intel Mini Lake Reference design has about $100 worth of hardware. The 3.5″ x 1.2″ Compute Stick is even cheaper… and eventually Intel figures we’ll see devices in this category that could cost as little as $50 to build. 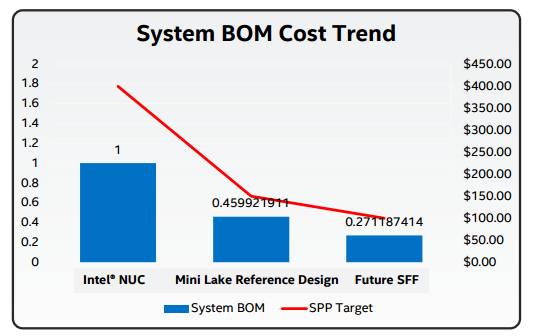 Of course, shrinking the size also means shrinking the room for expansion ports, cooling systems and other components. So a Compute Stick necessarily has slower performance and fewer input/output options than larger systems. Intel says the Compute Stick can generate a maximum of 2.2 watts of power, compared with 15 watts for an NUC computer, for instance, or up to 65 watts for a computer with a Mini ITX motherboard and a sizeable fan.

Oh, speaking of fans — it looks like the Intel Compute Stick will be fanless. Those vents in the case aren’t indications of a spinning fan under the hood. They’re just there to help heat dissipate through the case. 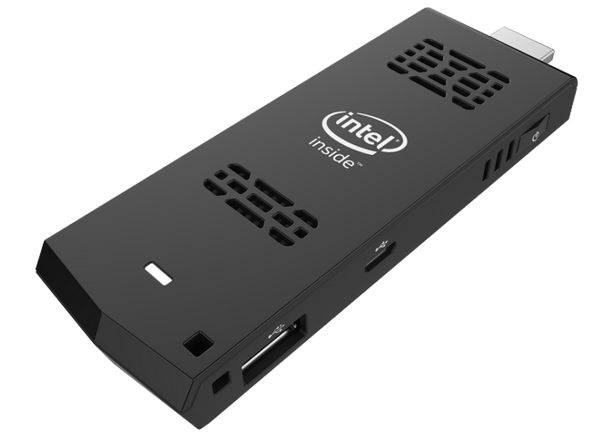 Intel also introduced a new form-factor at CES in January which the company is further discussing at IDF. It’s a sub-1 liter “socketed” mini PC board.

The new model is a bit bigger than an NUC board, at 5.8″ x 5.5″  but it supports a 35 watt processor… and unlike an NUC, the processor isn’t built into the motherboard. You’ll be able to upgrade the chip in these new systems just as you would with a traditional desktop computer. It also has 2 mini PCI Express slots and 2 SODIMM slots for memory.

These systems would be able to work with Intel Celeron through COre i7 chips. 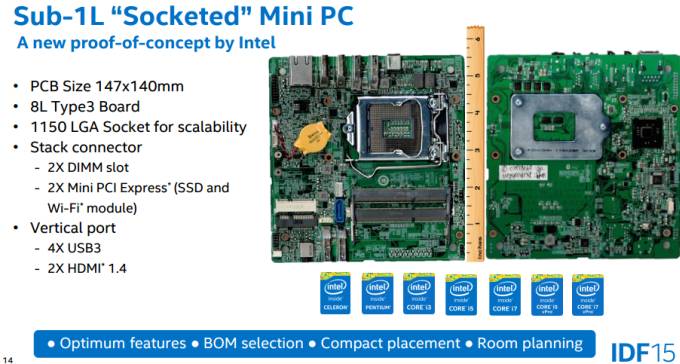 Intel is calling this new Socketed mini PC board a proof-of-concept, but it’s a concept that I think will appeal to a lot of people who like the small size of the NUC line of products, but want a little more flexibility.

So what else is coming up for the Intel-powered mini PC space? The chip maker envisions a future where tiny desktops are free from wires. You won’t need to plug in a power cable or use wires to connect to a keyboard, mouse, or display. 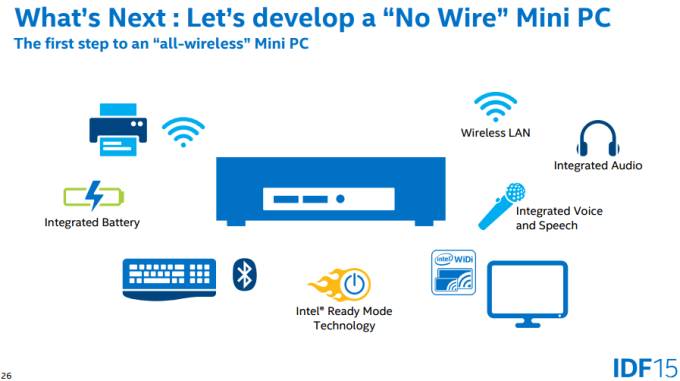 Instead you’ll be able to use Intel WiDi wireless display technology to connect a screen, Bluetooth for a mouse and keyboard, WiFi for an internet connection and printer, and a built-in battery (and possibly wireless charging) to operate without tethering your computer to a wall socket.