This year Intel announced that it was ending development of its Atom chips for smartphones and scrapping the next-gen Atom chips that had been planned for tablets and 2-in-1 PCs. Instead, Intel would develop modems for smartphones and low-power processors (among other things) for drones, smart home devices, and other Internet of Things products.

Now it looks like Intel might not be quite as finished with mobile processors as we’d thought. 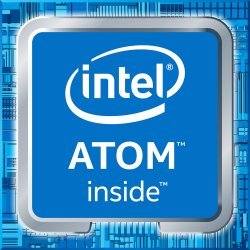 In an interview with PCWorld, the president of Intel’s Client and IoT division Venkata Renduchintala said the company ceased working on “a couple of mobile SoC products that I don’t think were worthy to conclusion.”

But he goes on to say:

That doesn’t mean to say we’re no longer doing mobile platforms. On the mobile platform side, my commitment is to talk less and do more. When we have something to say, we’ll talk about it.

That’s not quite an admission that Intel plans to launch a new system-on-a-chip for smartphones, low-power tablets, and similar devices. But it sounds like the company hasn’t ruled out the possibility.

Another possibility that hasn’t been ruled out? Licensing an ARM design for a future chip. Perhaps Intel’s next smartphone processor won’t be an x86 chip at all, but one that shares more DNA with the processors that power most Android and iOS phones.

Still, if Intel does want to compete in the smartphone space, an ARM-based processor would certainly be one way to do it.

When smartphones really started to take off, most used low-power processors based on ARM designs at a time when even the most low-power of Intel’s processors were too power-hungry for use in smartphones.

As time went on, Intel started to offer more energy-efficient chips that performed reasonably well in smartphones like the Asus Zenfone 2. But Intel-powered phones were never common enough for developers to spend a lot of time optimizing software for the platform, and even though Google and Intel announced plans to work together to optimize Android for Intel chips in 2011,  Intel recently announced that it was backing off development of Android for x86 phones.

These days, Intel is talking publicly about moving into new markets that offer a lot of opportunities for growth, like IoT and smart cars. And that makes a lot of sense at a time when laptop and desktop sales seem to have plateaued (or maybe even declined). Even growth in the smartphone market seems to be slowing down these days. But that’s a huge market, and I wouldn’t be surprised if Intel still has its eye on it… even if that means releasing processors based on chip architecture that wasn’t designed entirely in-house.