Microsoft plans to release a new version of Windows 10 that runs on devices with ARM-based chips from Qualcomm. Unlike earlier versions of Windows-on-ARM, the new operating system will include an emulation layer that lets you run Win32 apps, which means that millions of programs which couldn’t run on Windows RT (or Windows 10 Mobile, or even the new Windows 10 S) should be able to run on Windows 10 on ARM.

Well, that’s the idea anyway. But Intel may plan to throw a wrench in the gears. 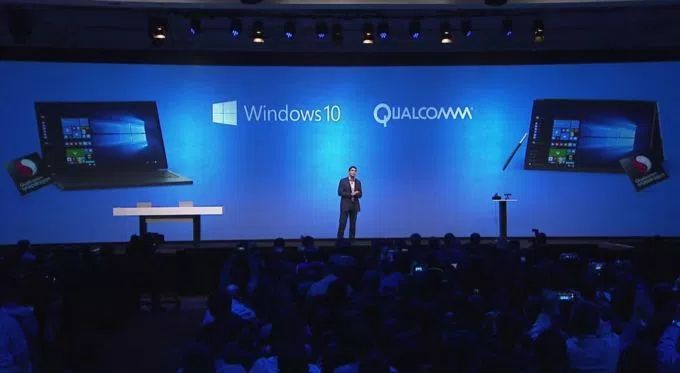 Intel’s Steven Rodgers and Richard A Uhlig published a blog post this week that ostensibly celebrates the nearly 40 years of Intel’s x86 architecture by highlighting some of the advancements that have been made over the years.

But toward the end of the article there’s a section called “Protecting x86 ISA Innovation” that seems to be a thinly-veiled threat.

The gist of this section is that Intel protects its patents vigorously, and not only against rival chip designers, but also against those that attempt “to emulate Intel’s proprietary x86 ISA without Intel’s authorization.”

I’m just going to block quote this next part, because it’s a very cleverly crafted bit of text that’s hard to read as anything other than a (thinly) veiled threat to sue Qualcomm and/or Microsoft if it turns out the company’s plans to emulate x86 on ARM appear to violate Intel’s intellectual property rights in any way:

Emulation is not a new technology, and Transmeta was notably the last company to claim to have produced a compatible x86 processor using emulation (“code morphing”) techniques. Intel enforced patents relating to SIMD instruction set enhancements against Transmeta’s x86 implementation even though it used emulation. In any event, Transmeta was not commercially successful, and it exited the microprocessor business 10 years ago.

Only time will tell if new attempts to emulate Intel’s x86 ISA will meet a different fate.

Of course, it’s not really clear exactly how the emulation layer for Windows 10 on ARM works, because Qualcomm and Microsoft haven’t really said much about the underlying technology. All we know is that Microsoft says you’ll be able to run Win32 apps at near-native speeds while taking advantage of features of ARM-based chips like the Qualcomm Snapdragon 835 for low power consumption, integrated 4G LTE connectivity, and instant-on functionality, among other things.

At this point, Qualcomm’s fastest chips are only really competitive with Intel’s entry-level processors. But Intel is currently the top supplier of chips for Windows-powered computers. Rival AMD is stepping up its game this year, with its most competitive x86 chips in years. I’m sure the last thing Intel really wants is to have to compete with a whole new category of processors, so don’t be surprised if the company sends its lawyers after Qualcomm when more details about Windows 10-on-ARM and x86 emulation are revealed.