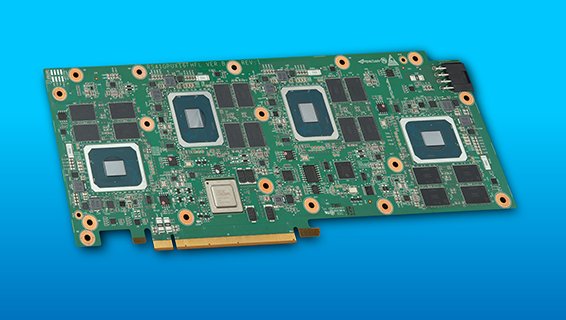 According to Intel, the new discrete graphics solution for servers is “designed specifically for high-density, low-latency Android cloud gaming and media streaming.”

The GPU is a low-power system-on-a-chip with 8GB of dedicated DDR4 memory, a 128-bit pipeline, and it will debut on Intel’s new H3C XG310 PCIe card which packs four Intel Server GPUs onto a full-height x16 PCIe Gen 3.0 card.

The company says its Intel Server GPU is now shipping, which means it could end up in data centers for cloud gaming and media streaming soon. While Intel is positioning its first data center cards as appropriate for Android games, the chip maker is already working on higher-performance server graphics technology which could power more resource-intensive applications in the future.

There’s no word on when we’ll see Intel Xe-HPG graphics for gaming PCs, but Intel’s Raja Koduri says the first GPU based on this technology has “successfully exited our Powered-On labs.” And, as announced earlier this year, the company is still working on Intel Xe-HPC for “exa-scale” graphics.