It’s been about a year since Intel launched its first Optane storage for mainstream computers. But the first consumer solid state drives to use 3D Xpoint technology were pretty expensive when you looked at the price-per gigabyte, which is one of the reasons Intel decided to launch low-capacity drives meant to be used alongside a bigger SSD or hard drive.

Now Intel is expanding its Optane lineup with a new set of mainstream drives, and this time they offer enough storage capacity that you might want to use one as your primary SSD. 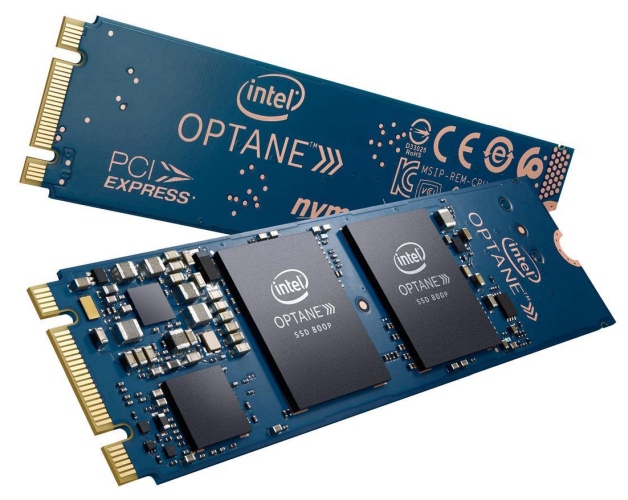 Newegg is already selling the 58GB model for $129, and the company is taking pre-orders for the 118GB version for $199. It’s expected to ship later this month.

That makes it a bit pricey when compared with other types of storage, but it’s a relatively affordable option for folks looking for a way to speed up their existing PCs.

Initial reviews suggest that while this isn’t the fastest Optane drive available (Intel has some commercial versions which are faster), it offers read/write speeds that are competitive with some of the best NAND flash SSDs on the market, and could speed up overall system performance thanks to low latency and also by eliminating some NAND drawbacks like the need for TRIMP, garbage collection, or differences in performance between an empty and full SSD.

You can use one of the drives to replace a traditional NAND flash SSD in a laptop, desktop, or tablet PC. Intel says the new drives can be used either as standalone storage or in dual-drive or multi-drive RAID setups.

Intel’s first consumer Optane products came in just 16GB and 32GB versions, and were basically meant to store your operating system and not much else. You could use the new drives the same way, but with up to 118GB of storage you might not actually need a second drive at all.

In addition to larger capacities, the new drives also have a few other improvements including a deep sleep low power state which consumes just 8 mW, making the new drives better suited for use in laptops, tablets, and other battery-powered devices.