Intel’s first chips based on the new “Tremont” architecture for low-power, low-cost processors could be available by the end of the year, with around a 30-percent performance boost compared with processors featuring previous-gen “Goldmont+” CPU cores.

But Intel isn’t done with Goldmont+ just yet. 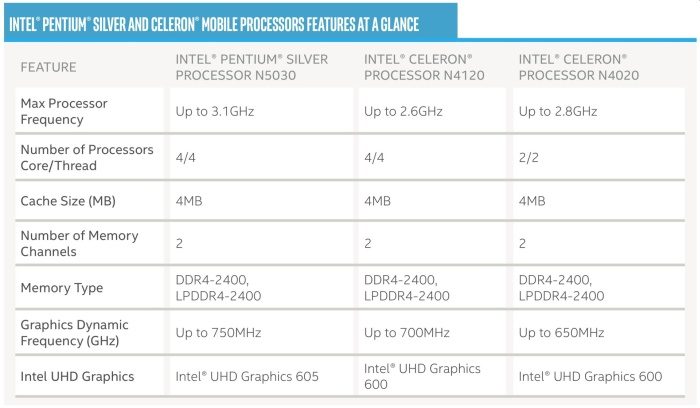 For the most part, the new chips seem to be pretty similar to the “Gemini Lake” parts that have been around for the past two years. They have the same graphics capabilities, the same support for dual-channel DDR4 and LPDDR4 2400 MHz memory, and the same number of CPU cores as their predecessors (as well as the same lack of support for hyperthreading.

But they do have slightly higher turbo boost speeds.

Here’s a run-down of the new chips (in bold) and their Gemini Lake counterparts (italicized):

Are those differences likely to result in huge performance gains? Probably not — I certainly wouldn’t recommend upgrading a Gemini Lake laptop, tablet, or mini-desktop just to get your hands on a model with a Gemini Lake Refresh chip. But if you’re in the market for a new machine, you may be able to pick up one with a slightly faster processor soon.

Or you could just wait a little longer for Tremont. 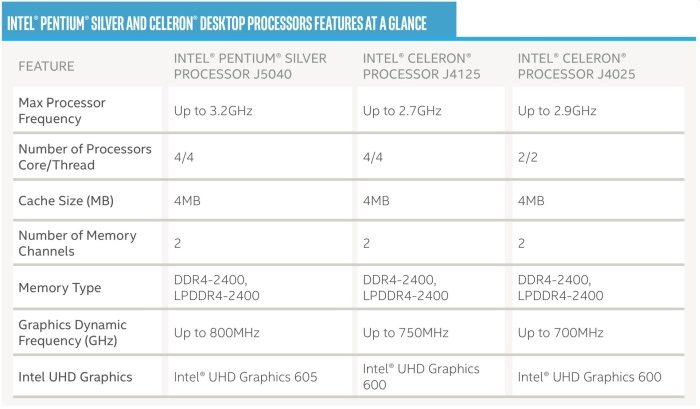