Almost two years after Intel and Micron unveiled a new type of solid state storage said to be up to 1,000 times faster than flash, Intel is finally launching a commercial product that uses 3D XPoint technology.

It’s called the Intel Optane P4800X, and it’s a solid state drive designed for enterprise applications. It’s also got an enterprise price tag: the first version to ship will be a 375GB SSD that sells for $1520. 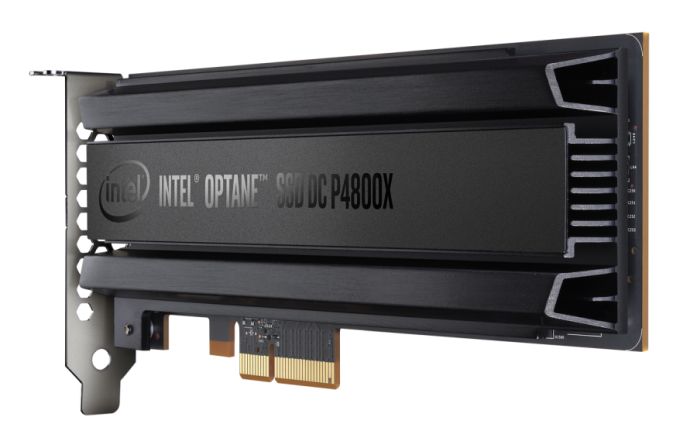 What makes 3D XPoint interesting is that it offers read and write speeds that rival what you’d expect from DRAM memory. But unlike DRAM, you can use 3D XPoint for long-term storage, since it’s non-volatile memory.

In other words: anything saved in DRAM will disappear when you turn off the power. Like other SSDs, the Intel Optane P4800X can store data indefinitely without using power.

The upshot is that not only can you do things like copy files and read data more quickly, but you can also use 3D XPoint as “virtual memory,” to get near-RAM speeds. AnandTech notes that customers currently have to pay extra for “Intel Memory Drive Technology” if they want to use Intel’s software for efficiently using its Optane SSD for virtual memory.

While the first Intel Optane SSD to ship will feature just 375GB of storage, Intel plans to launch 750GB and 1.5 TB models later this year.