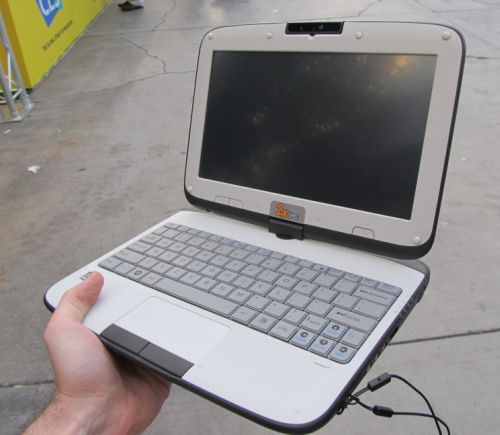 Classmate computers are designed for students and feature sturdy cases, built-in handles for carrying the device, and other education-focused hardware and software.

CTL is one of Intel’s Classmate PC partners, and this week I got a chance to check out the company’s convertible tablet-style netbook based on the latest Classmate design.

The CTL 2g0 Classmate PC NL3 has a 10 inch, 1366 x 768 pixel display that can be folded down over the keyboard for use in slate mode. The tablet has a resistive touch panel which allows you to write or draw on the screen with an included stylus — which slides into a hole in the case for safe keeping when you’re not using it. While resistive touchscreens aren’t as sensitive as a display with a Wacom or N-Trig active digitzer, they offer a much cheaper way to use a stylus with a tablet. 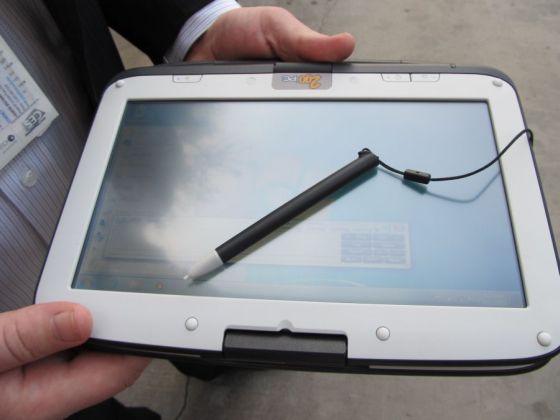 The biggest change in the new platform is the support for Intel Atom N2600 or N2800 Cedar Trail processors. CTL offers a model with the 1.66 GHz N2600 chip, and the company says that move has led to support for 10 hours of battery life up from about 6.5 hours on earlier versions with Pine Trail chips.

If the rugged, kid-friendly case wasn’t enough to convince you that the CTL 2go NL3 was designed for use in the classroom, the computer also has two headphone jacks so multiple students can plug into the same computer. 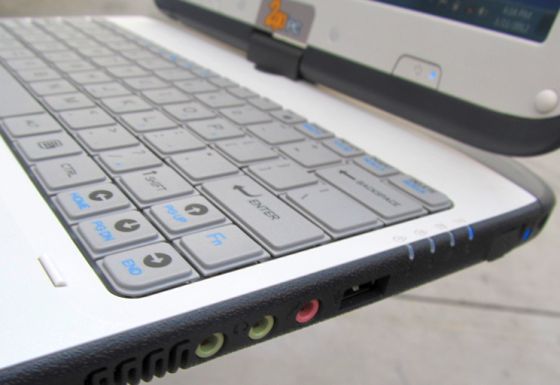 CTL’s convertible laptop supports up to 2GB of RAM, a hard drive or solid state disk, WiFi, Bluetooth, Ethernet, and optional 3G. It weighs about 3.5 pounds, which makes it heavy for a netbook but light for a rugged laptop. The NL3 sells for $499 and up.

The company says while the Classmate is designed for students, many of the customers for its Classmate line of products are people looking for rugged devices that can be used outdoors. It’s not the most powerful computer available, but it’s actually one of the more affordable models with a case designed to withstand minor abuse.

The demo unit CTL showed me isn’t exactly what the final units will look like when they ship. The company is using a new chiclet, or island-style keyboard with flat keys and a little space between each key. I’m told that this will help make the keyboard feel a little larger. Earlier Classmate PC keyboards had a tendency to feel kind of cramped… at least if you happened to have adult-sized hands.