Gigabyte isn’t the only company adding Broadwell chips to its tiny desktop computers. Intel is updating its own line of NUC mini-desktops with new models sporting 5th-generation Intel Core processors. 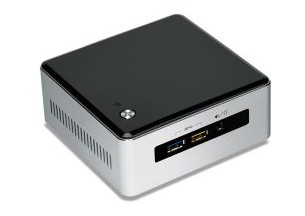 The only difference between the two is that the RYH model has room for a 2.5 inch hard drive, while the RYK is a more compact model with just enough space for an M.2 SSD.

Intel also offers the NUC5i5RYH and NUC5i5RYK, which feature Intel Core i5-5250U processors and Intel HD 6000 graphics. Most of the other specs for these models are the same as for the Core i3 versions.