But not all of the new chips are created equal. 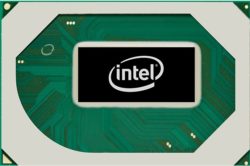 Among other things, the new chips include native  support for WiFi 6 (802.11ax), support for Intel Optane memory H10 SSDs, support, for dual channel DDR4-2666 memory, and the Core i9 variants supports Intel’s new “Thermal Velocity Boost,” (TVB) which can increase clock speed by up to 200 MHz automatically if the temperature is below 50 degrees Celsius.

Other features include support for HEVC 10-bit encoding and decoding and VP9 10-bit decoding, DisplayPort 1.4, PCIe 3.0, and other technologies.

Here’s a run-down of the first 9th-gen Core H-series chips: