Intel is launching an update to its portfolio of high-end desktop processors aimed at gamers and “creators” The company has been facing growing competition from AMD in recent years, and so it should be no surprise that Intel’s latest high-performance chips focus on delivering more CPU cores, faster clock speeds, and more bandwidth than any of its previous chips.

That includes a new line of 9th-gen Intel Core i5, Core i7, and Core i9 processors for desktop PCs, and a new Xeon W-3175X processor with 28 CPU cores, and support for frequencies up to 4.3 GHz. It’ll ship in December.

Intel’s new X-series chips also support up to 18 CPU cores and 36 threads, with the first of these new processors coming in November.

And the new 9th-gen Intel Core desktop chips come in Core i5, Core i7, and Core i9 processors with up to a Core i9-9900K chip aimed at gamers. They go up for pre-order today and should begin shipping October 19th. 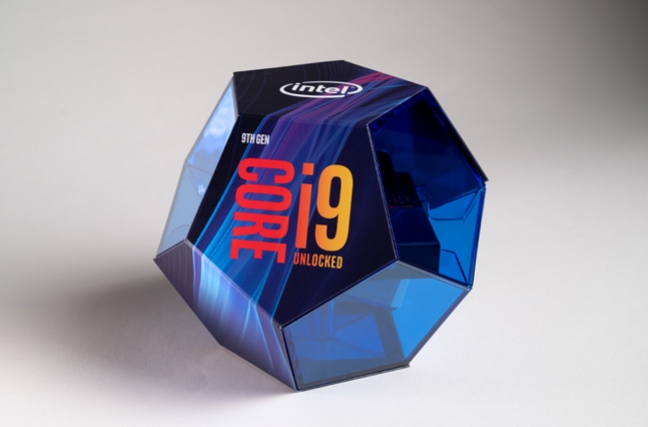 Intel showed off a demo during its launch event for its upcoming 9th-gen Core chips featuring a PC with a Core i9-9900K processor playing two games simultaneously (with at least one running in a virtual machine with its own operating system) and live streaming them both at the same time.

Here’s a run-down of the first three 9th-gen chips, all of which are 95 watt processors:

In addition to supporting more cores and higher speeds than their predecessors, the new 9th-gen Core chips also include hardware updates to protect users from Meltdown Variant 3 and L1 Terminal Fault vulnerabilities. But like the last few generations of Intel chips, the new 9th-gen Core i5, Core i7, and Core i9 processors are manufactured using a 14nm process.

During Intel’s press event, the company pointed out that the new X-series chips aren’t just aimed at folks who want to play bleeding edge games, but also at developers who are creating those games and need the power to render complex imagery and effects.

All seven of those chips are 165 watt processors, while the new Xeon W-3175X is a rather power-hungry processor, with a 265 watt TDP.

You can find more information about Intel’s new chips at AnandTech, which has detailed overviews of Xeon W-3175X, the 9th-gen Core processors and the “Basin Falls” Skylake-X Refresh chips.