Intel is holding a coming out party for its 6th-generation Core family of processors. The company launched two desktop chips based on the “Skylake” platform in August, but now Intel is expanding the lineup with a wide range of processors designed to use anywhere from 4.5 watts to 91 watts of power.

I’m most interested in the more energy-efficient side of things, which is where you’ll find the Skylake-U and Skylake-Y series chips designed for notebooks, tablets, convertibles, and low-power desktops including Intel NUC and Compute Stick-style devices. 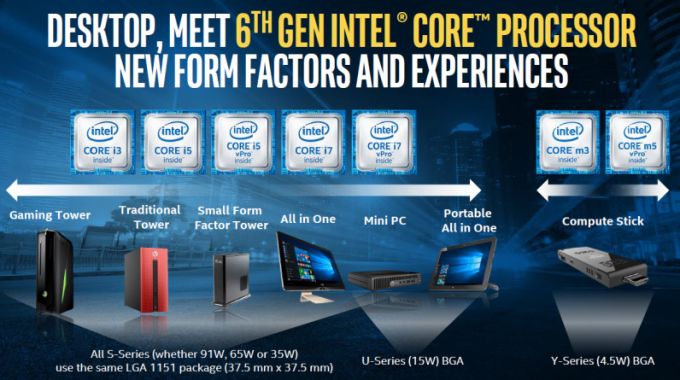 Meanwhile, the new chips use less power than their predecessors, offering much longer battery life (assuming you’re using a device with the same battery capacity). 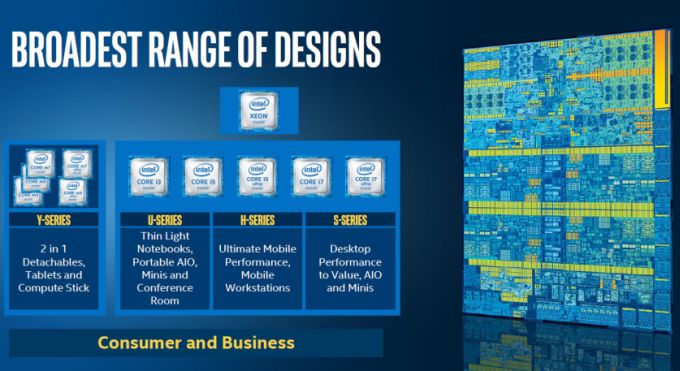 The Skylake-U family consists of a series of dual-core processor with a 15 watt TDP. The most affordable (and least powerful) chips in this lineup include the Celeron 3855U, Celeron 3955U, and Pentium 4405U with Intel HD 510 graphics. Higher-performance chips range from the Core i3-6100U to the Core i7-6600U, all of which feature Intel HD 520 graphics.

As expected, Skylake-Y chips will be branded as Intel Core M3, Core M5, or Core M7 processors. these are 4.5 watt dual-core chips with support for hyperthreading and Intel HD 515 graphics. Some Core M Skylake chips will be available with Intel vPro technology. 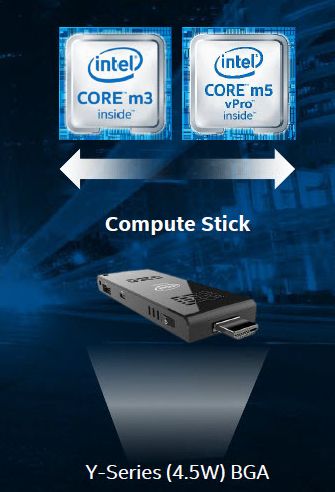 Wondering what kind of device will feature Skylake-Y processors? You might find them in low-power tablets and 2-in-1s. But Intel is also expanding its line of Intel Compute Stick mini-desktop computers with new models featuring Core M chips. We kind of expected that too.

We’ll see many of the first Skylake-powered products at the IFA trade show this week, but Intel says we should expect to see even more products in the coming months… which makes sense because some Skylake chips aren’t actually ready to launch just yet.