Intel is refreshing its Celeron and Pentium Silver line of chips for low-cost, low-power notebooks designed for the education market and beyond. The new Intel “Jasper Lake” processors are the first members of their respective families to feature 10nm Tremont architecture and Intel is promising a significant boost in performance for inexpensive Windows laptops and Chromebooks.

The chip maker is positioning the new 6 to 10 watt processors as designed for education, which makes sense since that’s a market that’s been snatching up inexpensive Chromebooks and Windows PCs in recent years. But the new chips will also most likely find their way to consumer devices as well. 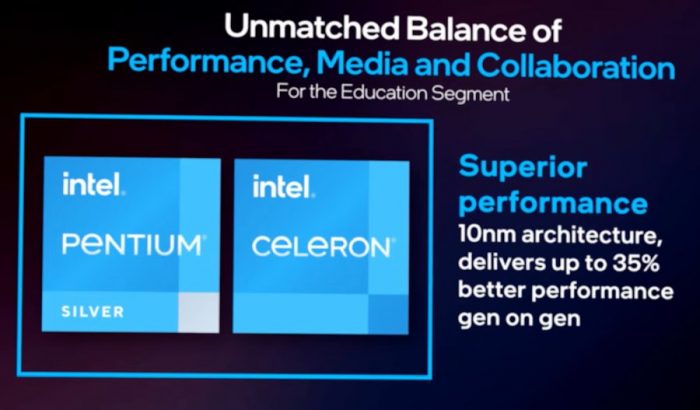 Intel is introducing 6 new chips at launch. They’re all 6-watt processors with 1.5MB of L2 cache, 4MB of L3 cache, support for DDR4-2933 and LPDDR4-2933 memory and Intel UHD graphics. Here’s an overview of the differences:

One other interesting side note? During a virtual news conference, an Intel representative mentioned that the chips are coming to “Windows, Chrome, and Linux-based” devices this year, suggesting we could see Linux laptops powered by the new processors soon.

The first devices with the new chips will likely be Chromebooks, and Intel says uses can expect up to a 35-percent boost in performance when compared with a Chromebook powered by a previous-gen Intel “Gemini Lake” processor. 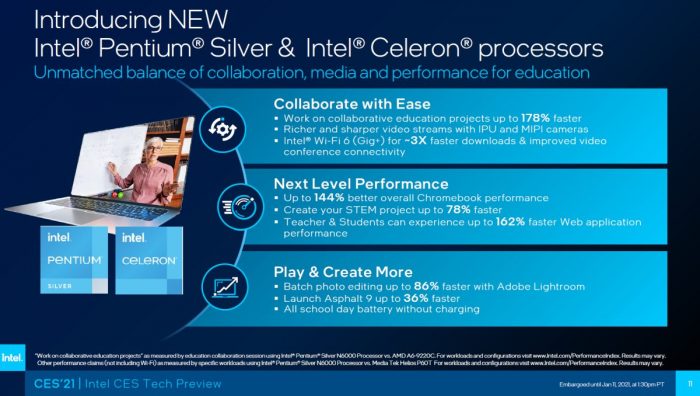