Intel is probably best known as a company that designs and produces its own chips. But the company has also been investing heavily in its Intel Foundry Services (IFS) recently in hopes of taking on rivals like TSMC and Samsung by manufacturing chips for other companies.

Now Intel has announced a new $1 billion fund to help spur development of chips that may make use of the companies foundry services… including x86, ARM, and RISC-V processors. And it’s placing a pretty heavy emphasis on that last one. 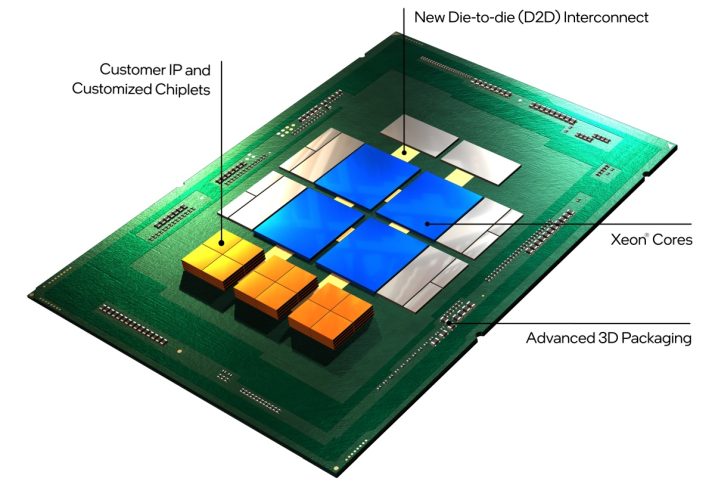 RISC-V is an open instruction set architecture that allows chip makers to use the core technologies without paying any royalties. The architecture’s been around for more than a decade, but which has really begun to pick up steam in recent years, although the fastest RISC-V chips today still trail far behind the latest Intel or ARM processors when it comes to performance (although this kind of investment could eventually close bridge the gap).

Intel says IFS is the only major global foundry that’s prepared to manufacture x86, ARM, and RISC-V chips and that it’s able to produce RISC-V processors for third-party partners as well as “chiplets” which are basically custom-purpose chip blocks that can be put together using 3D stacking to deliver a system-on-a-package with multiple blocks that each serve a specific purpose.

In other words, if I’m reading Intel’s announcement right, you could see packages that combine an x86 or ARM processor and a RISC-V co-processor.

While Intel has been practically synonymous with its x86 chips for decades, this isn’t the first time we’ve heard about the company’s interest in RISC-V. In fact, last year there were rumors that the company was interested in acquiring SiFive for $2 billion, but that deal eventually fell apart.

via Intel and RISC-V International