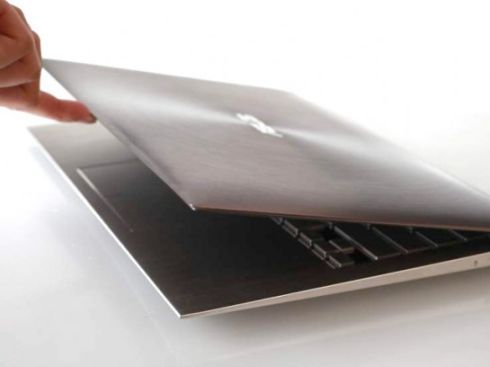 Intel has introduced a new buzzword for thin and light laptops with next-generation Intel processors. The company describes an “ultrabook” as a laptop with “tablet-like” features including a slim size and sub-$1000 price tag.

The first ultrabooks will measure less than 0.8 inches thick and use second generation Intel Core chips. Intel says the Asus UX21 which was unveiled yesterday is one of the first examples of what it considers an ultrabook. When the company’s new Ivy Bridge 22nm chips hit the streets next year ultrabooks will make the jump to those low power processors.

While Intel is spinning ultrabooks as a class of product, the truth is that thin and light laptops have been available for years. It’s nice that Intel is pushing ultraportables with reasonably affordable price tags — but those have been available for the last few years. In fact, I’ve reviewed a number of laptops in the last two years which weigh less than 3 pounds and cost less than $600 including the Asus Eee PC 1215B, HP Pavilion dm1z, Lenovo IdeaPad U150, Dell Inspiron 11z, and Asus UL20A, among others.

Really, the whole ultrabook concept just sounds like Intel trying to convince people to buy laptops that are more powerful than netbooks at 2-3 times the cost. Id’ be a lot more excited if Intel said the category was for laptops under $500 rather than notebooks under $1000.

Still, Intel is setting ambitious goals for the platform, claiming that ultrabooks could make up 40 percent of consumer laptop sales by the end of 2012.