Intel is launching its 4th generation Core processor family, and we should start to see computers based on the new chips at the Computex trade show starting June 4th . Code-named “Haswell,” there’s honestly not all that much we didn’t already know about these chips. Intel’s been talking about them for months.

But soon we’ll start to see laptops, desktops, tablets, and other devices powered by Haswell processors. Intel has also started sending out some test devices, and you can find some initial benchmark results at CNET and more detailed specs at Engadget.

While Intel will offer dual and quad-core chips for a range of different types of computers, there are two big stories here: Haswell chips use less power than their predecessors, and offer better graphics. That means the mobile chips are ideal for ultrabooks and detachable tablets, while beefier laptop and desktop chips could replace the need for discrete graphics cards… for some users. 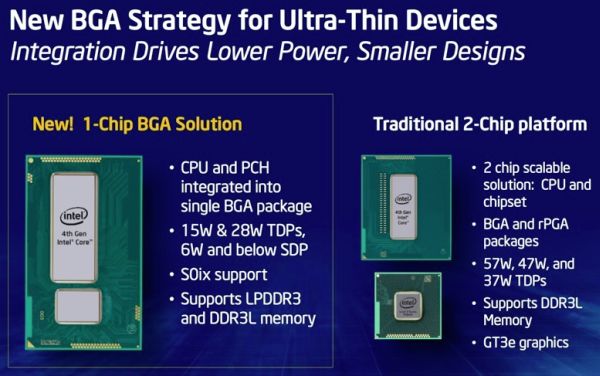 In terms of mobile performance, Intel has reduced power consumption in a few ways.

With 3rd generation Core (or “Ivy Bridge”) chips, a 17W processor actually used closer to 20W thanks to the separate chipset. Now everything’s in one package, and total power consumption for an equivalent Haswell chip is about 15W.

There are also some chips that will use even less power, but clearly they won’t offer quite the same level of performance.

In addition to cutting the TDP though, Intel has also made some changes to the way the chips work so that they use less power while idle, while playing videos, and while in sleep mode.

For instance, a Haswell computer can continue to hold data in standby mode for up to 13 days, which is about 3 times as long as a model with an Ivy Bridge chip. A system with a Haswell chip also uses just about 6W while playing video, compared with 9W for Ivy Bridge.

So while the TDP is down by 25 percent, Intel says we could see battery life improvements as high as 50 percent. The company is promising ultrabooks with Core i7 processors that could play videos for 9 hours straight. 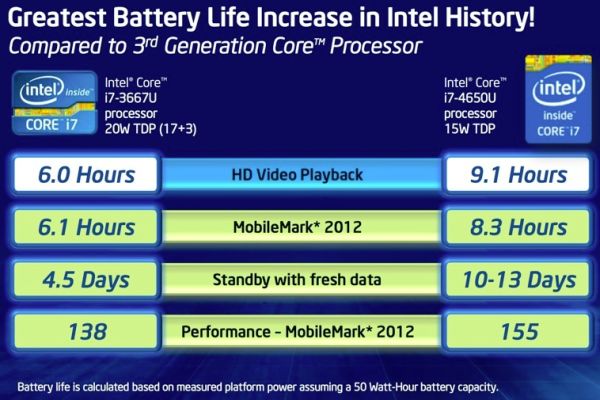 In terms of graphics performance, models with Intel HD 5000 graphics should offer about a 40 percent boost over Ivy Bridge. That should let you play many older PC games and some newer games without a dedicated graphics card from AMD or NVIDIA. For instance, the latest Tomb Raider game is playable at a 1366 x 768 pixel resolution. 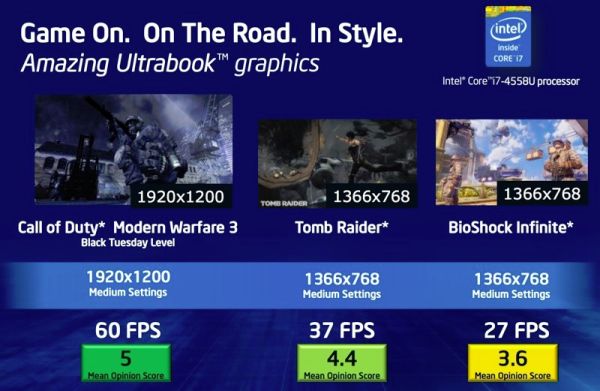 Move up to a model with Intel “Iris” graphics, and you can play the same game on a 1920 x 1080 pixel display. But those chips will be more power-hungry, with TDPs 28W or higher. You’ll probably see the biggest improvements in graphics performance in high-end desktop chips which can use up to 84W of power.

As CNET points out, the truth is most computer users don’t actually need a faster processor. Serious gamers will probably continue ot want devices with the latest dedicated graphics chips, while casual users will find there’s virtually no application that you can run on a Haswell system that you couldn’t run on a model with an Ivy Bridge or older chip.

That means that the introduction of Haswell simply means it’s a good time for bargain-hunters to snap up the Ivy Bridge-powered computers that will start see price cuts in the coming months.

But some CPU-intensive tasks such as processing images in Photoshop, encoding media files, or rendering video effects will be faster on a Haswell system. 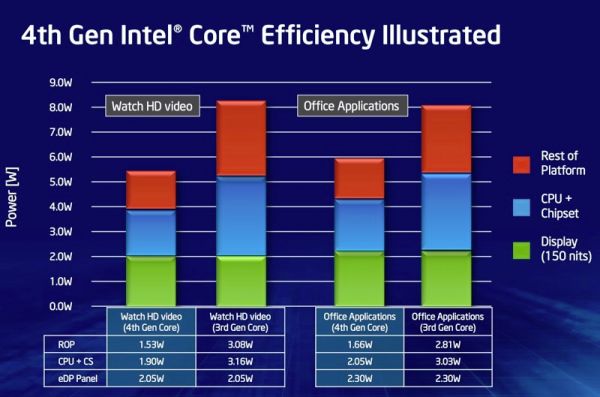 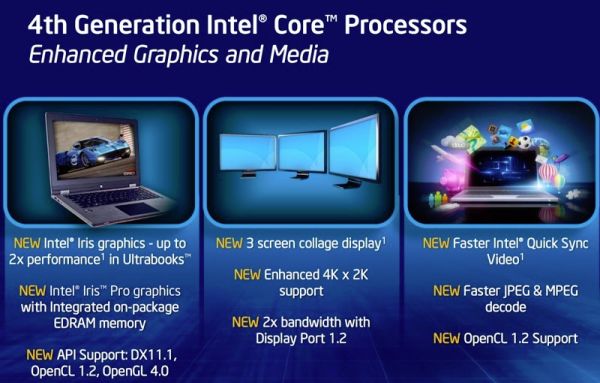 While the Haswell line of products will power the next-generation of high-performance notebook and desktop computers, Intel is also planning to offer chips that use even less power (and lower price tags) as part of the next-generation Celeron and Pentium families.

The last few Celeron and Pentium chips from Intel have been based on the same technology as the company’s Core chips, but new versions based on the Silvermont architecture used in Intel Atom “Bay Trail” chips are expected to launch later this year.

It’s interesting to note that rival chip maker AMD isn’t even trying to go after Intel’s top-of-the-line chips this year. AMD’s most powerful “Richland” processors are only expected to offer the kind of performance you’d expect from a Core i3 or Core i5 chip.

Instead, AMD seems to be hoping to undercut Intel on price while offering chips with decent performance for mid-range devices including tablets, notebooks, and hybrids.