An ultrabook is a thin and light laptop with an Intel processor… and some other stuff. It’s kind of tough to define an ultrabook, because Intel has a habit of using aspirational language to describe the category rather than offering an actual list of specs. 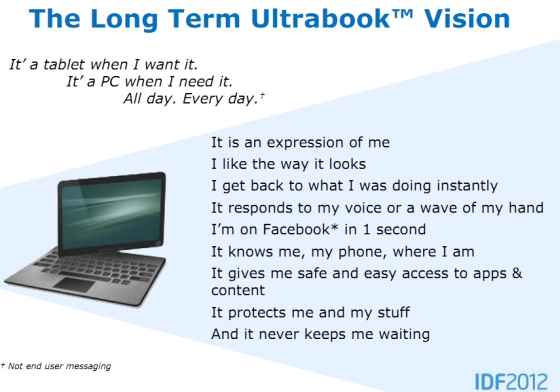 What is clear is that Intel sees thin and light laptops as the future, and the company is spending hundreds of millions of dollars to develop the platform, work with PC makers, and market ultrabooks. Less than a year after the category was introduced there are over a dozen ultrabooks on the market, and Intel expects to see 75 more this year.

Those won’t all look like the Asus Zenbook UX31 or Acer Aspire S3. We’ve already started to see ultrabooks with larger screens and optical disc drives. In the next year or two we should also start to see models with touchscreens, sensors, and removable tablet portions.

The first big changes are expected in the coming months when Intel’s 3rd generation Core processor family (Ivy Bridge) hits the streets, offering better graphics and lower power consumption. Then later this year Microsoft will release Windows 8, an operating system designed at least as much for touchscreen input as for keyboard and mouse input.

Those two updates could lead to a new class of ultrabooks that look very different from the models available for purchase today.

Intel does offer some guidelines for what makes an ultrabook an ultrabook. It has to measure less than 21 millimeters thick, get 5 hours of more of battery life, and resume from sleep in less than 7 seconds, for instance. 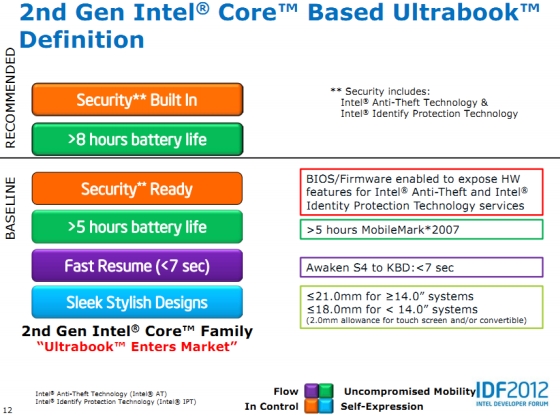 In order to do that, Intel is working to standardize thinner battery sizes, develop new case design technologies, and offer other assistance to laptop makers.

The company’s goal is to get to a point where ultrabooks change the way we think about portable computers altogether. Early on Intel set a goal of changing the notebook industry so that 40 percent of laptops sold would be ultrabooks.

In order for that to happen, prices will probably have to fall at the same time as companies are pushing new designs, but since the word “ultrabook” is so hard to define that Intel resorts to catch phrases such as “it is an expression of me,” it’s hard to say that ultrabooks won’t be the new face of notebooks in a few years.