Intel’s next set of tiny desktop computers is expected to launch soon… and it seems like the new Intel Frost Canyon NUC with 10th-gen Intel Core “Comet Lake” processors will look a lot like… well, almost every other member of the NUC family.

But the new models add a USB Type-C port on the front (and lose a Type-A port), and features Intel’s latest 15-25 watt processors.

Intel hasn’t made an official announcement yet, but details about the new NUC systems have leaked in recent days. 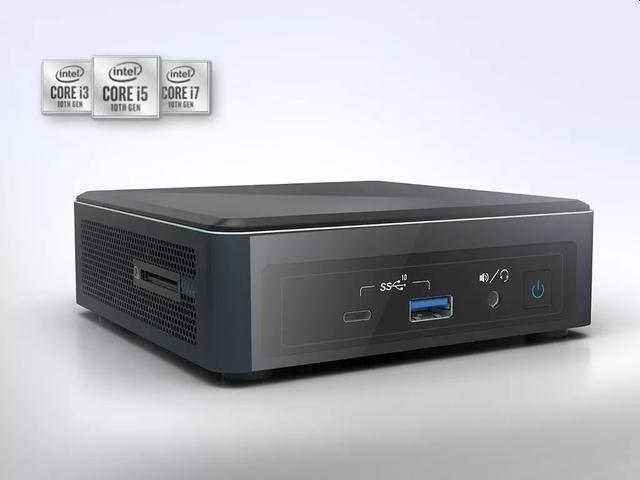 Those are all 15 watt processors with Intel UHD Gen9.5 graphics — although Intel does note that they can be configured to run at up to 25 watts.

Now promotional pictures of those systems have been posted to Chinese website Kgula.

Intel seems to be sticking with the same basic design it’s used for the past few NUC generations. And as usual, there will be short and tall models — the shorter version has only an M.2 slot for solid state storage, while the taller version adds a 2.5 inch drive bay for a hard drive or SATA SSD.

Both models feature USB Type-A and Type-C ports on the front, along with a headset jack and power button. On the back there’s an Ethernet jack, HDMI 2.0a port, a Thunderbolt 3 port, and two more USB Type-A ports.

It’s worth noting that last year’s Intel “Bean Canyon” NUC was available with up to an Intel Core i7-8559U processor… which was an 8th-gen chip, but one that ran at 28 watts and which featured Intel Iris Plus 655 graphics.

So despite having next-gen processors, it’s unclear whether the new Frost Canyon NUC models will be as powerful as their predecessors.

Update: It looks like CPU performance should be comparable, if not better — FanlessTech has received another image showing that the Frost Canyon NUC will indeed have Comet Lake chips clocked at 25 watts. 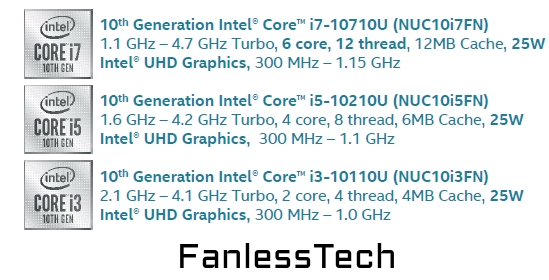 Update 2: Intel Thailand posted some more details on its website, including a list of model numbers for upcoming Frost Canyon systems with Comet Lake chips: 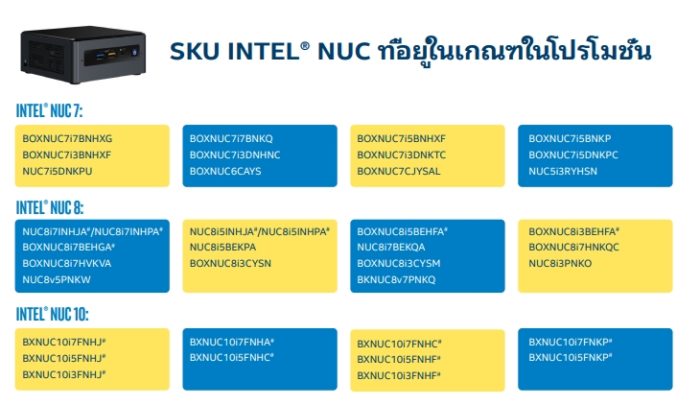