The Intel NUC 12 Extreme is a compact, modular desktop computer with support for up to an Intel Core i9-12900 desktop processor and discrete graphics stuffed into a computer with a volume of 8 liters, making the computer large by NUC standards, but smaller than most desktops.

The NUC 12 Extreme, also known by its code name “Dragon Canyon,” is coming soon, and the first reviews are starting to arrive. For the most part, it looks like the most powerful and versatile member of the NUC lineup to date… but also one of the most expensive, with prices starting at $1150 for a model with an Intel Core i7 processor or $1450 for a Core i9 model. And those prices don’t include memory, storage, or an operating system. 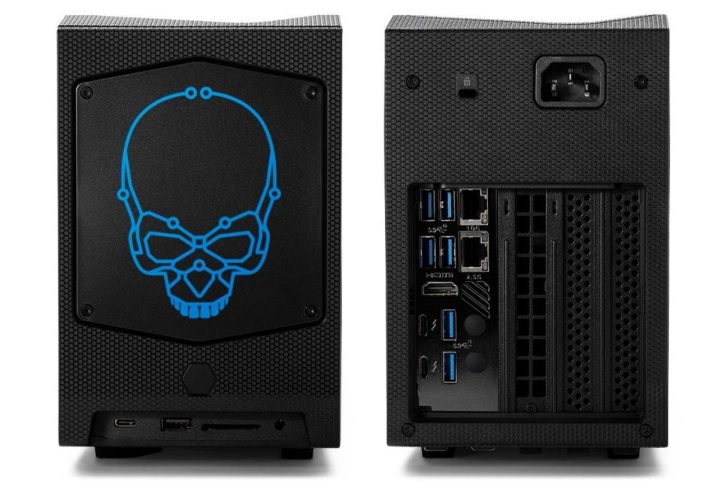 Intel’s NUC 12 Extreme is made up of two parts: a 14.1″ x 7.4″ x 4.7″ chassis and a removable Intel Compute Element, which is actually the heart of the computer. The Element features an LGA1700 socket allowing you to swap out the included chips for other 65-watt Intel Alder Lake desktop processors. If Intel’s upcoming 13th-gen processors also support LGA1700 sockets, you may also be able to upgrade the processor without buying a whole new computer. 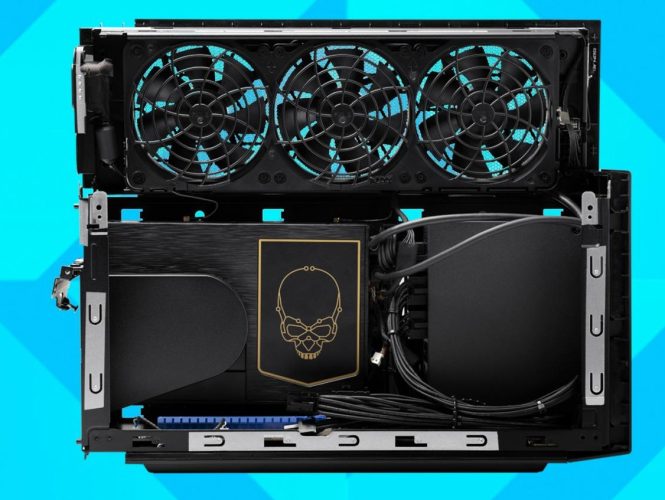 Since the NUC 12 Extreme is basically the same size and form factor as the previous-gen NUC 11 Extreme “Beast Canyon” computer, folks who already have that model also have a cheaper way to upgrade: you can buy the NUC 12 Compute Element for $750 and use it to upgrade a Beast Canyon system, effectively turning it into a Dragon Canyon model.

This year’s model represents a few first for the NUC Extreme lineup. Not only is it the first to support Intel’s 12th-gen processor with hybrid architecture that combines Performance and Efficient CPU cores, but it’s also it’s the first with a socketed SoC, the first with PCIe Gen 5, and the first with 10 Gbps Ethernet support.

That said, you still have to make some sacrifices to fit everything into an 8L chassis. There’s only room for dual-slot graphics cards up to 12 inches long, which rules out most of the highest-performance NVIDA GeForce RTX 3080 or AMD Radeon 6900 XT cards.

According to Simply NUC, the Dragon Canyon NUC systems will be available starting in April (the retailers is already taking pre-orders for fully-configured systems for $1699 and up). But the computer should be available from other retailers soon as well.

Intel has also taken a somewhat open approach with its modular NUC Extreme systems over thee past few years – Intel has a monopoly on creating Compute Elements, but other companies including Razer and Cooler Master have produced their own Compute Element-compatible chassis, so it wouldn’t be surprising if we see some new models from other companies as well.