As suspected, Intel is having a hard time ramping up production of 10nm processors, which means the company is going to be delaying mass production… again.

The company had initially hoped to start shipping 10nm chips in large volumes in 2015, but that date has been pushed back several times and now the earliest we can expect to see Intel’s 10nm “Cannon Lake” chips is 2019.

The confirmation came during Intel’s quarterly earnings call, with CEO Brian Krzanich noting that the company is shipping 10nm chips “in low volume, and yields are improving, though the rate of improvement is slower than we anticipated,” which is why volume production is being pushed from late 2018 into 2019.

In the meantime, the company has announced plans to launch additional 14nm chips this year that use a new “Whiskey Lake” design. The company also has a new “Cascade Lake” architecture for Xeon an server chips. 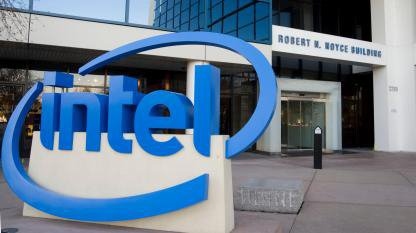 Moving to a 10nm process should offer improvements in performance and efficiency. For the last few years Intel has had to find other ways to improve its chips, such as increasing the number of CPU cores, raising the top CPU frequencies, or improving memory bandwidth.

All of this is happening at a time when rival chip maker AMD is pushing its new Ryzen line of processors, which are the most competitive chips the company has offered in years in terms of price and performance.

Meanwhile, Intel’s difficulties getting to 10nm have prompted the company to change its product roadmap several times in recent years… and to pretty much give up on its long-held “tick tock” cadence, which saw a die shrink one year, followed by a microarchitecture update the next.

AMD, by the way, used a 14nm process for its first-gen Ryzen chips. The new Ryzen 2 processors hitting the streets this year are 12nm chips.

Despite the delay in mass production of 10nm chips, Intel reported strong earnings in the most recent quarter, and the company’s stock price ticked upward… so clearly the race to 10nm isn’t everything.

via PC World and AnandTech