If you want an even higher-power chip, you’ll need to wait a little longer and spend a bit more. Chips with 14 or more cores are coming September 25th, and the top-of-the-line model is priced at $1,999. 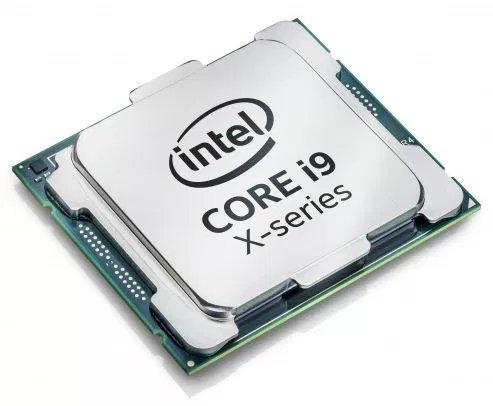 All four of the upcoming processors are designed for the LGA 2066 socket, support four channel DDR4-2666 memory, and have 44 PCI Express 3.0 lanes (or up to 68 when you count the support for 24 more connected to the PCH (platform controller hub).

Not all of Intel’s Core i9 X-series chips are priced over $1000. The company also offers quad-core, hexa-core, octa-core, and deca-core variants at lower prices. Those models are already available. 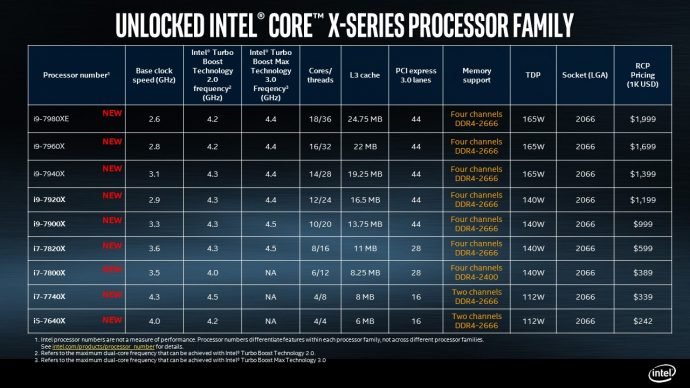 Most people probably don’t need an 18-core desktop chip. Heck, laptops have been outselling desktops for ages, and helping drive chip makers to focus on energy efficiency rather than raw performance in recent years.

But Intel realized that while there aren’t as many people buying desktops, there’s still substantial demand for expensive, high-performance processors like the 10-core Intel Broadwell-E chip launched in 2016… so the company decided to go all out with the new X-series chips to meet demand from gamers who want to stream while they game and other prosumers interested in creating videos and other content that takes a lot of processing power.

Intel’s not the only company focusing on high-end desktop chips this year. AMD’s new Threadripper chips feature models with up to 16 cores and 32 threads at about half the price of Intel’s new high-end processors. Increased competition in this space is probably going to be good for PC users willing to pay a premium price for bleeding-edge performance.