It looks like Intel is getting ready to add a few new chips to its 11th-gen Tiger Lake-U processor lineup, including a new Intel Core i7-1195G7 processor capable of hitting Turbo Boost speeds as high as 5 GHz.

Previously you needed to opt for a more powerful Tiger Lake-H or Tiger Lake-H35 processor to get those kinds of speeds. Soon it may be available in a 15 to 28-watt processor better suited for thinner, lighter laptops.

It’s unclear what kind of real-world performance gains the new chip will offer though. 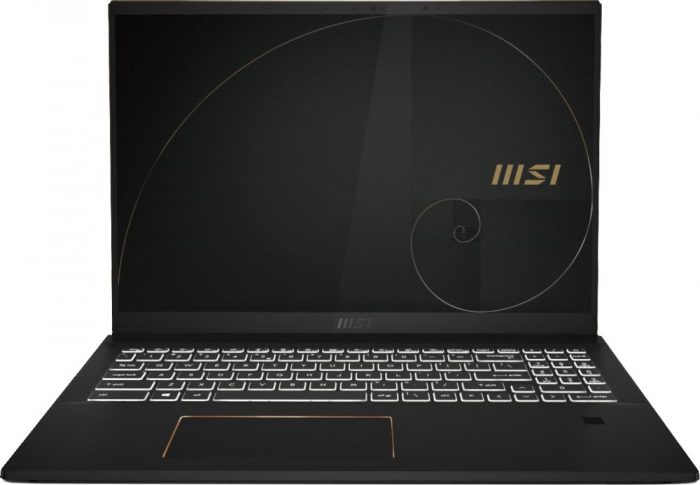 While Intel hasn’t officially confirmed the new chip’s existence, it’s one of two previously unannounced processors that showed up in MSI Summit E16 Flip laptop listing on the XoticPC website. That computer is a 4.2 pound laptop that measures 0.66 inches thick and which has a 16 inch, 2560 x 1600 pixel, 120 Hz touchscreen display, an 82 Wh battery, LPDDR4x-4266 memory and PCIe NVMe SSD storage.

One version of the laptop has the aforementioned Core i7-1195G7 processor, while another has a Core i5-1155G7 chip.

So with that in mind, here’s what we know about how the new chips fit into Intel’s 11th-gen Core i5 and Core i7 chip lineup.

It’s highly likely that some of those question marks have obvious answers. The new chips are probably 4-core, 8-thread processors that can be configured to run at 12 to 28 watts. They’ll probably support the same types of RAM as their less powerful siblings and have similar amounts of cache.

But we’ll probably have to wait for an official announcement before we can be truly comfortable filling in those boxes.

Keep in mind that while the new Core i7-1195G7 processor has a higher max Turbo Boost frequency than the Core i7-1185G7 processor, it has a slightly lower base frequency. And these the Boost speeds tend to only apply to some CPU cores, not all of them. So depending on whether the work you’re doing leans more heavily on single or multi-core performance, you may or may not see much difference between the new chip and the older version.

A lot also depends on the thermal design of the PC that houses the processor – some notebooks and mini-desktops have trouble delivering the performance that their processors should be capable of if they don’t have adequate cooling to keep the chip from overheating and throttling.

So it’ll be interesting to see how laptops like the new MSI Summit E16 Flip perform in real-world settings. We may have the answers soon – according to the XoticPC store listings, the laptops are scheduled to ship in July.

Update: Some initial benchmark results suggest that the Core i7-1195G7 could perform as much as 12-percent better than the Core i7-1185G7 in at least some tests, but the difference is negligible in others.

Maybe Intel will officially launch the new chips used in these processors during next week’s virtual Computex show.