Have an Intel Compute Stick with Windows 8.1 software? Like most recent computers, it’s eligible for a free upgrade to Windows 10.

Don’t want to have to perform the upgrade yourself? It looks like a new version of the Compute Stick will be available soon with Windows 10 pre-installed.

Several retailers are showing product listings for a new BOXSTCK1A32WFCL model priced at around $150. 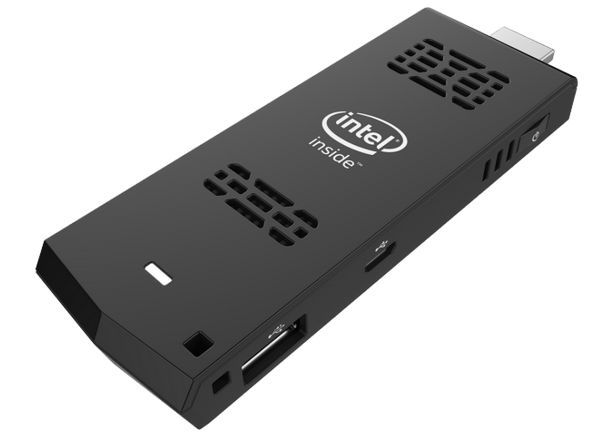 The only difference between the new Compute Stick and its predecsessor seems to be the letter “L” at the end of the model number. Other specs remain unchanged, including 2GB of RAM, 32GB of storage, and an Intel Atom Z3735F Bay Trail quad-core processor.

The Compute Stick also features 802.11b/g/n WiFi, Bluetooth 4.0, a USB 2.0 port, a micro USB port for power, a microSD card slot, and an HDMI connector for plugging the tiny computer into a television or monitor.

One reply on “Intel Compute Stick with Windows 10 coming soon”