Intel envisions a world where you’ll be able to buy a smart TV, smart refrigerator, or other gadgets with a computer inside… and keep using the gadget even after the PC components start to feel dated.

That’s because you’ll be able to swap out the PC and replace it with a new one. And when I say swap out the PC, what I’m talking about is a tiny module that’s not much bigger than a credit card.

It’s called the Intel Compute Card, and Intel unveiled the platform at the Consumer Electronics Show this week, where the company is also showing off an early prototype.

Intel will share more details at the Computex computer show in June, but after meeting with Intel, I learned a few important things about the company’s new PC module. 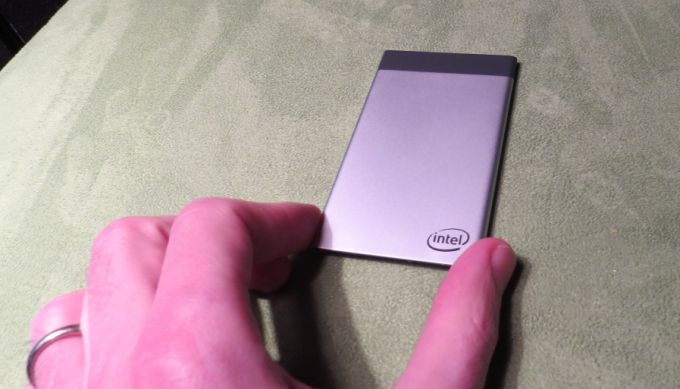 The Compute Card measures about 3.7″ x 2.2″ x 0.2″ making it a little longer than a typical credit card, but almost small enough to fit in a wallet.

At launch, Intel plans to offer a range of Compute Cards with “up to” an Intel Kaby Lake processor. While the company isn’t officially saying which chips will be used, it was strongly implied that there will be cheaper models with Intel Celeron and/or Pentium chips based on the Apollo Lake platform as well as higher-power (and higher-priced) models with Intel Core M3, Core i5, and Core i7 Kaby Lake processors.

It’s unlikely that Intel will use any of its newest Atom branded processors, which are primarily aimed at embedded an IoT applications. The company wants to make sure its Compute Card is compatible with Windows 10, although other operating systems including Windows Embedded and Linux will also be supported.

Intel designed the card so that it’s a fully self-contained computer. The memory, storage, processor, and operating system are all in the little component. So if you buy a smart TV and the manufacturer stops supporting it with regular software updates because of the aging processor or other components, you could theoretically buy a new module with the latest hardware and operating system.

The same system could theoretically work with laptop computers, but Intel isn’t currently focusing on that application. The company does see a future for Compute Cards in the all-in-one desktop space. If you buy an AiO today and use it for a few years, the monitor will still probably be fine… but the processor might start to feel dated. Maybe one day you’d be able to just slide out a card and insert a new one, while keeping the same high-quality monitor you already paid for.

Intel says it’s likely that the Compute Card will be sell for around the same price as the company’s existing Intel Compute Stick mini computers. In other words, you can probably expect prices around $150 for models with Intel Apollo Lake chips, but Compute Cards with Kaby Lake chips will likely cost closer to $500. 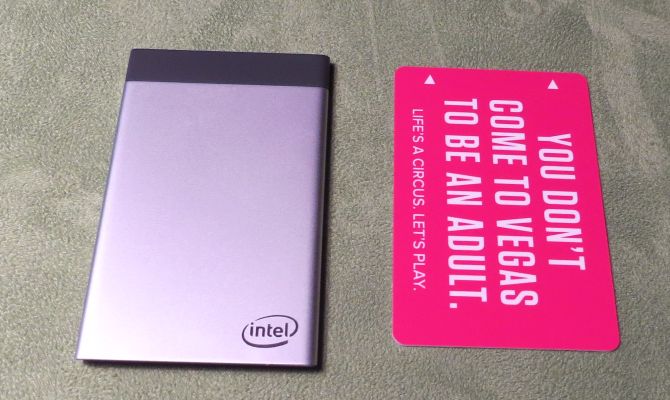 But there’s one big difference between a Compute Stick and a Compute Card: the new models don’t have standard ports on them that allow you to buy one and plug in your own peripherals. You won’t be able to buy one and make your own smart TV or other applications, for example.

Instead, Intel expects to work with device makers so that if and when you buy a Compute Card, you’ll likely get it from the same company that sold you a TV, computer, or Internet of Things appliance. Intel’s goal is to separate the refresh cycle of a device from its compute power.

So what does this mean for the Compute Stick? Intel plans to continue supporting existing models, including versions with Intel Atom Cherry Trail and Intel Core M Skylake chips throughout 2017. But the company currently has no plans to release any new models with new chips or other updated specs. 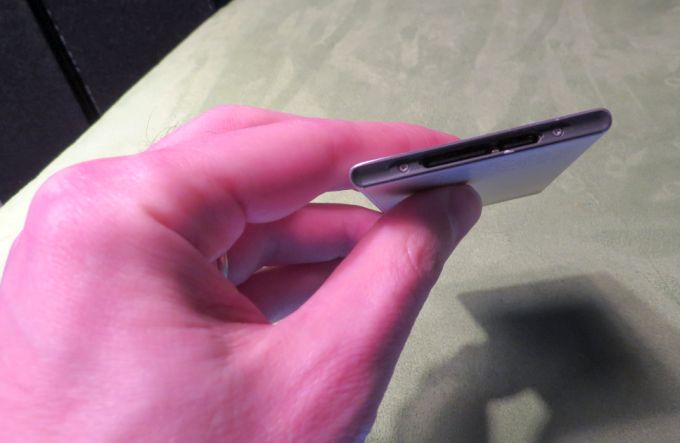 Intel representatives tell me that’s because the Cherry Trail and Skylake models are already powerful enough to fill a need… but they’re also not necessarily popular enough to justify continued development at a time when the company is pouring resources into the new Compute Card platform.

If the Compute Card flops, maybe we’ll see new PC sticks in the future. And third-party manufacturers are continuing to release their own Compute Stick-style products which do have the latest processors, including Intel Apollo Lake chips. But that leaked roadmap we saw a few months ago? It’s been upended.