Intel’s Compute Cards are basically tiny PCs stuffed into a case that’s not much larger than a credit card. They’re the spiritual successor to the company’s Compute Stick line of devices… but instead of plugging into the HDMI port of a TV or monitor, the Compute Card is designed for modular systems.

Theoretically you could buy a TV, desktop PC, or laptop shell that comes with a Compute Card. Then you can eject the card and carry it with you or replace it with a different model to change the user experience or upgrade to newer hardware.

First unveiled at CES in January, the first Compute Cards are expected to launch this year. But we hadn’t seen detailed specs for those cards… until now. 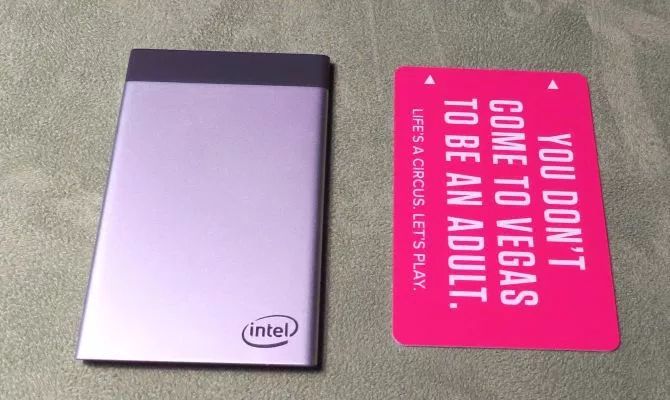 Update: Intel has confirmed that Compute Cards will start shipping in August.

All four feature low-power processors. A 15 watt Kaby Lake-U series chip would overheat in such a confined space. But the 4.5 watt Kaby Lake-Y series processors used in the higher-end Compute Card models should offer significantly better performance than the Apollo Lake models, even though they consume less power.

The Kaby Lake models will also likely be more expensive. The last I’d heard, Apollo Lake Compute Cards would probably cost around $150, while top-of-the-line models would be closer to $500. But the cards aren’t really aimed at consumers at this point. They’d most likely be sold to device makers and developers. Keep in min, they don’t have any standard USB or HDMI ports and instead use a special connector for USB and display connectivity.

Anyway, here’s a run-down of what to expect from the first four models:

Again, these have the guts of a standalone computer, but since they lack standard ports they’re only designed to work with compatible hardware. If you want to use a display, mouse, keyboard, wireless internet, or other hardware you’ll need gadgets that can hook up to the proprietary Compute Card connector.

But at least one company plans to offer a consumer-friendly laptop shell that’s powered by a Compute Card.