Makers looking to build a project with a low-cost dev board have tons of options. Thanks to a new Kickstarter project, one of those options now features an Intel Cherry Trail Atom processor. 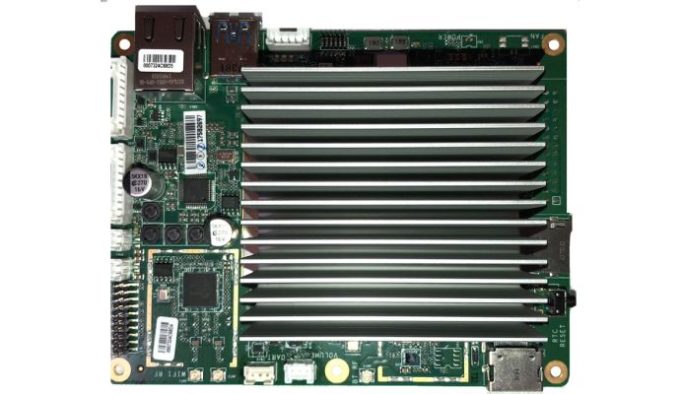 The Atomic Pi is a new dev board that is powered by an Atom x5-Z8350 quad core with a top speed of 1.92GHz. Despite being almost three years old it’s still a very capable chip. With 2GB of RAM and 16GB of onboard storage, the Atomic Pi’s core is pretty similar to a Cherry Trail Compute Stick.

That should give you a fairly good idea of what you can expect to do with the Atomic Pi. Back in 2016 Brad installed Ubuntu 15.10 on a Compute Stick and found it to be pretty snappy.

You won’t have to go through the process of installing a Linux-based OS on the Atomic Pi yourself, however. It ships with Ubuntu 18.04LTS preinstalled. Want to replace it with Windows 10? Go right ahead… the hardware is fully supported.

Speaking of hardware, let’s take a look at what else comes standard on the Atomic Pi. When hardwired connections are an option, you can plug in to the board’s gigabit Ethernet. When it’s not, there’s a dual-band 802.11N wireless adapter that can handle network connectivity duties.

Need to connect some peripherals? The Atomic Pi has both USB 2.0 and 3.0 ports and integrated Bluetooth 4.0 support. A 26-pin GPIO lets you wire in sensors, servos, or just about anything else you want to control or monitor. The board also has its own 9-axis inertial navigation sensor and compass, perfect for projects that are made to move.

The add-on breakout board gives you even more hardware hacking options with dual serial interfaces, multiple sets of screw terminals, and a clever prototyping area where you can lay out custom circuitry.

The Atomic Pi is a pretty nice deal if you can score one at the $34 early bird price. Even if you miss out on securing one of the first 500 you’ll only be on the hook for another $10.