A handful of new mini-computers featuring Intel Celeron dual-core processors, 2GB of RAM, and 8GB of solid state storage have popped up at AliExpress.

These little computers are about the size of a Nintendo Wii, but they’re full-fledged computers. They come without an operating system, but they should be able to run most versions of Windows or most popular GNU/Linux operating systems such as Ubuntu, Mint, Debian, or Fedora.

The best part: these mini-PCs are cheap, selling for under $200. 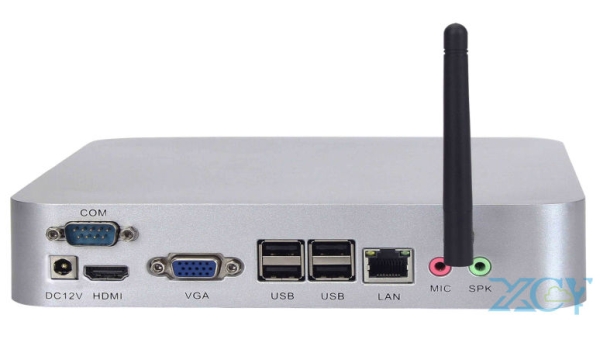 A model called the X-26 sells for under $140, although international shipping brings the price up to about $190. Another model is available for $145, or about $185 after shipping — although you’ll have to pay an extra $10 if you want WiFi on that model.

The first model is probably the better bargain, unless you need a few extra USB ports. The second model has 6 while the first has 4. But the X-26 description also says the system is fanless, while the other model seems to have a small fan which could generate a bit of noise.

Both systems feature 1.8 GHz Intel Celeron 1037U  dual-core processors and Intel HD graphics with a clock speed running between 350 MHz and 1 GHz. That’s a 17W processor which is designed for low-cost laptop and desktop applications, but it should provide enough oomph for HD video playback, among other things.

The 8GB of storage won’t give you a lot of room for a lot of apps, music, movies, or other large files if you decide to install Windows on one of these little computers. But for under $200, you could probably build a halfway decent media center designed to stream videos from Netflix, YouTube, Amazon, Hulu and other sites. Or you could build an XBMC system and stream content from the internet or from other drives on your home network.

There’s also nothing stopping you from adding an external hard drive or even cracking open the case and installing a larger SSD or hard drive.

41 replies on “Intel Celeron powered mini-PCs for under $200”