When Intel unveiled its Compute Card platform in early 2017, the company painted a picture of a modular future where you could buy a smart TV, internet-connected home appliances, or even computer docks and upgrade their processors, memory, and RAM in the future by simply swapping out a credit card-sized device.

Few Compute Card-compatible devices were ever developed, and now Intel has confirmed to the folks at Tom’s Hardware that it currently has no plans to develop any new Compute Cards. 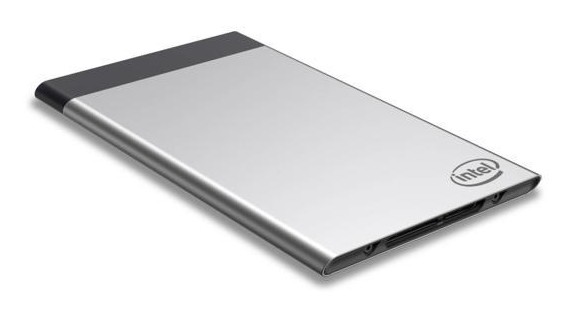 Intel does plan to continue selling and supporting current-gen cards through the end of the year.

So if you really want to see what this modular platform has to offer, you could pick up an Intel Compute Card Dock from CDW for $110, and then pick up a card or two. Here are some of the best prices I could find for existing models:

But at this point what Intel is selling is a dead-end platform. You could probably pick up a laptop, tablet, or mini desktop PC with similar specs for the same price or less. And since Intel doesn’t plan to offer any next-gen cards with anything newer than an Intel Apollo Lake or 7th-gen “Kaby Lake” Core processor, the only real reasons I can see for investing in this technology now are curiosity or maybe the ability to set up a multi-user workstation.

You could theoretically buy a single docking station and plug it into a monitor, mouse and keyboard, and then pick up a few different cards for everyone in your household, school or office. Insert the card and each user gets their own custom environment. Pop out the card and all the data, apps, and settings go with you on that pocket-sized card.

Intel’s vision for a modular computing future certainly had some appeal. But I can’t help but wonder if it was held back by a few factors.

First, there’s little reason for device makers to adopt the platform. Whether you’re making a PC or a smart TV, it’s probably cheaper and easier to use existing, time-tested technologies. And you probably don’t really want users to upgrade the hardware in a few years by popping out one card and replacing it with another. You’d make more money by selling that same person a completely new device… even if they don’t need a new display, keyboard, or other components.

Second, Intel’s platform wasn’t exactly an open standard. Maybe if third-party companies were able to produce their own compute cards that would be compatible with any display, dock, or other device, the platform would have gained a little more traction.

Intel was hardly the first company to try to build a modular computing platform. Google’s Project Ara was supposed to bring us totally modular smartphones… but Google canceled Ara before it launched. The Fairphone 2 has a modular design that makes it easy to repair, if not necessarily to upgrade. Motorola offers modular add-ons that bring additional functionality to is Moto Z smartphones… and idea that’s been copied by Essential and RED, for better or worse.

After running a successful crowdfunding campaign, BLOCKS is apparently delivering modular smartwatches to (some) backers. And there are all sorts of niche products like the GameShell modular handheld game console, KITE DIY modular phone, and the long-in-development EOM68 project which is an initiative to build an open-source, modular, upgradable computing platform.

But at this point it looks like modular computing is still a niche category that’s unlikely to go mainstream anytime soon.