The first models should hit the streets in February, including the Acer Chromebook 15 which was unveiled this weekend. 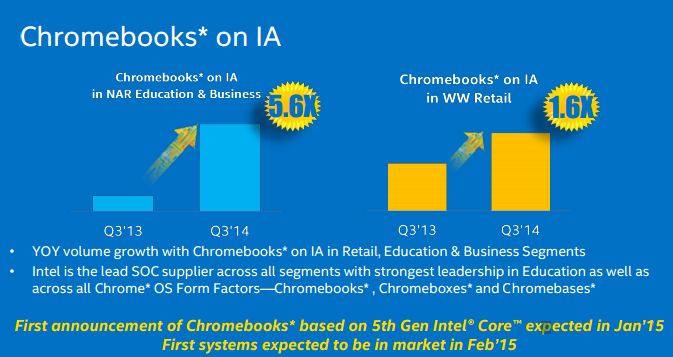 Since Broadwell chips are more efficient than their predecessors, Intel’s latest processors could help PC makers offer Chromebooks with even longer battery life. And since the new chips are both the same price as the Haswell chips they replace and pin-to-pin compatible, I wouldn’t be surprised if some of this year’s Chromebooks look remarkably similar to last year’s.

In addition to Chromebooks, Intel expects its chips to power Chromebox and Chromebase systems, which are desktops and all-in-one computers running Google’s browser-based operating system.