Intel’s Beast Canyon NUC is the latest in the company’s line of compact desktop computers designed for gaming or workstation-class computing. With an 8L chassis, it’s larger than most other members of the Intel NUC lineup, but it’s smaller than most gaming desktops – and it’s also the first Intel NUC to support full-length graphics cards.

The company first introduced the Beast Canyon NUC in May, and now it’s up for pre-order from SimplyNUC with up to an Intel Core i9-11900KB processor. SimplyNUC says orders will begin shipping in September. 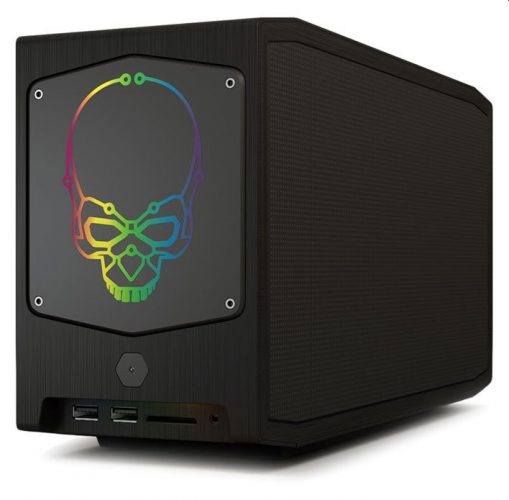 That’s an 65-watt, 8-core, 16-thread processor with a base frequency of 3.3 GHz and support for burst speeds up to 5.3 GHz in some situations, making this one of the most powerful NUC systems to date, even before you add a graphics card.

But if you plan to use the computer for gaming, you’ll almost certainly want to throw a discrete graphics card in there, because the chip’s strength is its CPU cores, not its GPU. It has Intel UHD graphics with 32 execution units, which means you’d get better graphics performance from a 15-watt Intel Core i5-1135G7 processor.

Like last year’s Ghost Canyon NUC systems, the Beast Canyon NUC is built around Intel’s Compute Elements. That means the the processor, memory, and storage are all on a removable card that’s designed to fit into a PCIe slot in the chassis, making the computer upgradable.

So far SimplyNUC is taking pre-orders for three different configurations:

The starting price includes 8GB of RAM, a 256GB NVMe SSD, and free installation of an operating system, but you can pay extra for additional storage, up to 64GB of RAM, or other add-ons including discrete graphics.

SimplyNUC offers Ubuntu or Fedora Linux operating systems free of charge, but you’ll also have to pay extra if you want a Windows license.

Also worth noting is that SimplyNUC pricing is often a little higher than what you’d pay from other vendors, since the company is a niche vendor that specializes in building and supporting small form-factor desktop computers. So you may eventually be able to find some Beast Canyon systems at lower prices in the future. 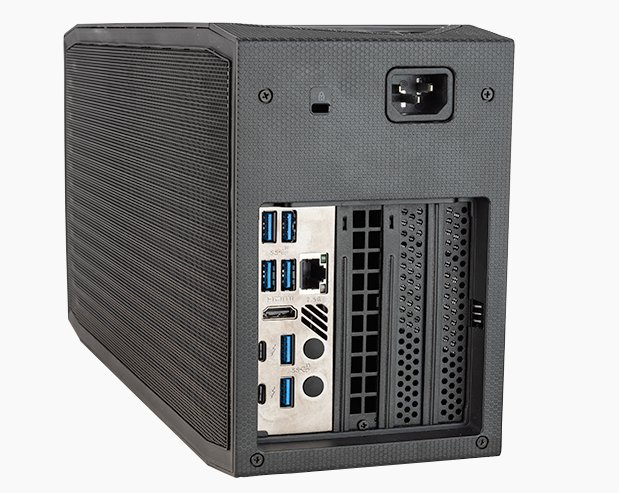 There’s a selection of ports on the front and back of the device including:

And if you’re not looking for a computer case with a glowing skull on the front, the LED lighting effects can be disabled, but it’s also likely that we’ll see third-party chassis that can use the same 11th-gen Intel NUC Extreme compute elements as the Beast Canyon NUC. After all, third-party Ghost Canyon-compatible systems came in a variety of shapes and sizes… including one designed to look like a bucket of fried chicken.