It’s been nearly 7 years since Intel started selling tiny desktop computers under its NUC brand. Since then we’ve seen NUC systems designed for gaming, business use, and home use.

, although third-party case makers have helped fill in the gap.

Now the first fanless NUC with a 15 watt processor is on the way. Code-named “Austin Beach,” the system has a small, rugged, dust-resistant, and passively cooled chassis. And because it’s designed to use Intel’s new NUC Compute Element, (code-named “Chandler Bay,” the internals are upgradable.

Update: As Will points out in the comments below, Intel did once offer an Intel Atom-based fanless model, but the Austin Beach NUC will be the first fanless NUC with a 15 watt Core U-series processor. 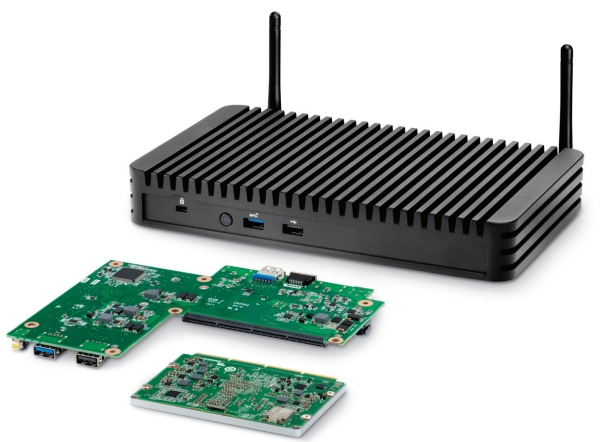 Intel hasn’t announced a release date or price yet, but the company has posted a series of marketing materials on its website that give us an idea of what to expect.

The computer features a metal chassis and a carrier board with ports and a connector for an Intel Chandler Bay NUC Compute Element. That means it will be support up to an Intel Core i7-8665U Whiskey Lake-U 15-watt, quad-core processor and 8GB of LPDDR3 dual-channel memory. 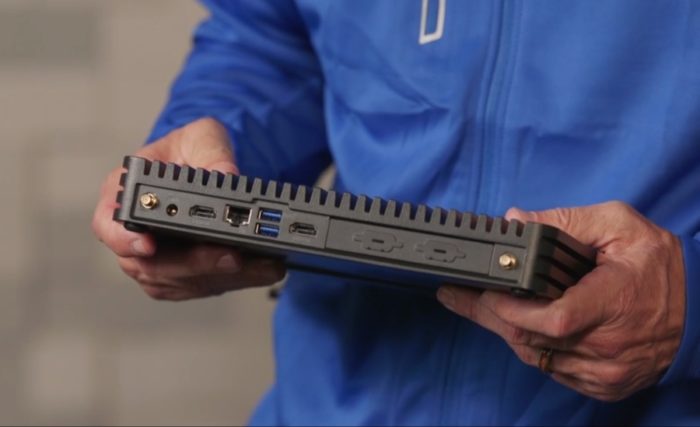 Intel’s Austin Beach rugged NUC measures about 10″ x 6″ x 1.4″ which makes it much larger than a typical Intel NUC computer. But it’s still small enough to mount to the back of a monitor, which is something you can’t do with most desktop PCs.

While the M.2 slots mean you can choose your own storage and/or replace it as time goes by, all the other important hardware is on the Intel Compute Element itself. The RAM is soldered down, as is the processor. So if you want to upgrade one, you’ll have to upgrade the other. 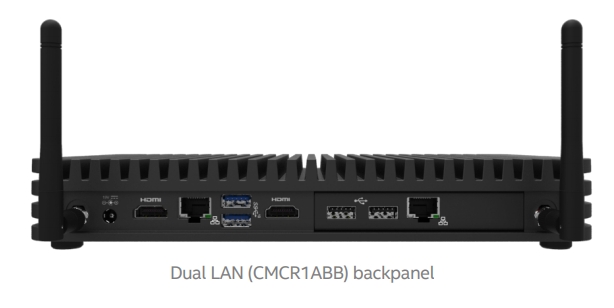 The good news is that unlike most mini-PCs, you can upgrade the processor. Buy a Celeron-powered model today and you can switch to a version with a Core i5 or Core i7 chip down the road. And if Intel sticks with the Compute Element form factor long enough, you may be able to upgrade from an 8th-gen “Whiskey Lake” processor to a 10th-gen or later chip.

Just keep in mind that Intel will likely target the business and enterprise market, at least initially. There’s certainly a niche of home enthusiasts looking for small, silent, fanless computers. But for the most part when PC makers emphasize ruggedness, they’re looking to sell products to industrial, enterprise, or maybe education customers. 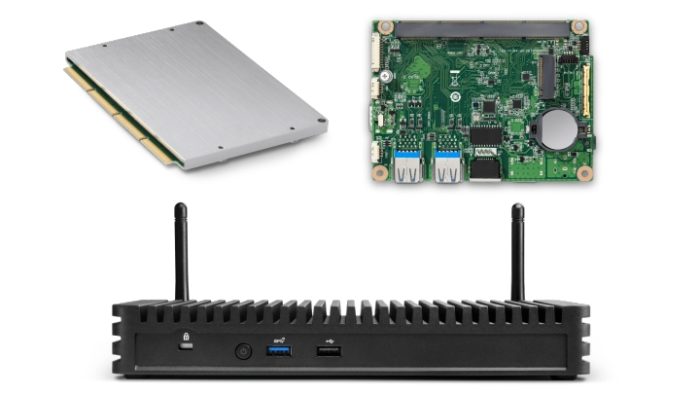 As for the Chandler Bay Compute Element that powers Austin Beach, here are the options Intel plans to offer initially: