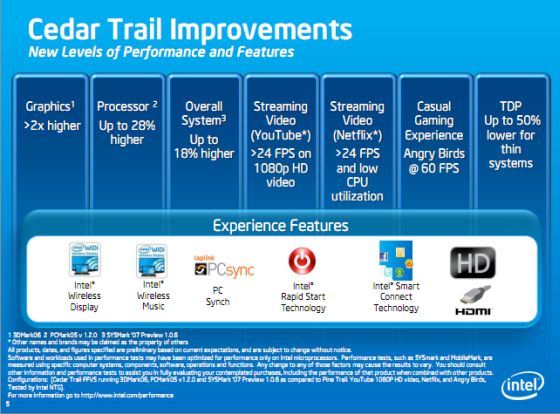 Intel has started shipping its third-generation Atom chips for low-power mobile computers such as netbooks. The company says products with Cedar Trail chips will debut in early 2012, with some of the first devices coming from Acer, Asus, HP, Lenovo, Samsung, and Toshiba.

Noticeably absent from that list? Dell. The company recently announced that it’s pulling the plug on its Dell Mini netbook line.

Prices for new netbooks are expected to start at $199, with higher-end systems offering advanced features such as touchscreen displays.

The new processors won’t offer a huge performance boost over previous Atom chips. But they will support 1080p HD video playback and use about 20 percent less power. Intel says netbooks with Cedar Trail chips will offer up to 10 hours of battery life.

The new chips also support Intel’s Wireless Display technology and new features to speed up resume from sleep and connect to the internet more quickly. 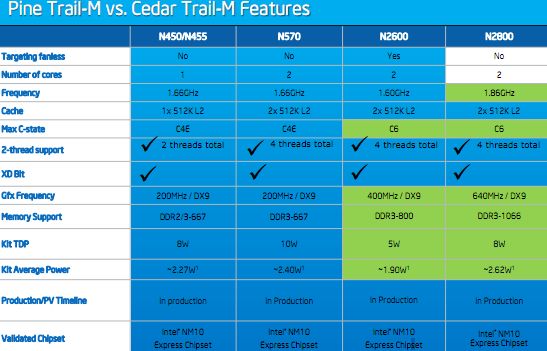 Intel isn’t actually using the phrase “Cedar Trail” to describe these chips anymore. That’s the code name that was used during the development process. Instead we now have real product names for the 32m chips, including:

The D-series chips are generally aimed at desktop-style computers rather than mobile devices.

In a pretty clear sign that the netbook space isn’t as hot as it once was, Intel’s press release points out that these chips aren’t just for min-laptops. They can also be used in digital signage, healthcare equipment, retail systems and other low power devices.

But Intel also points out that while demand for netbooks in the US and Western Europe is declining, it’s on the rise in other parts of the world. 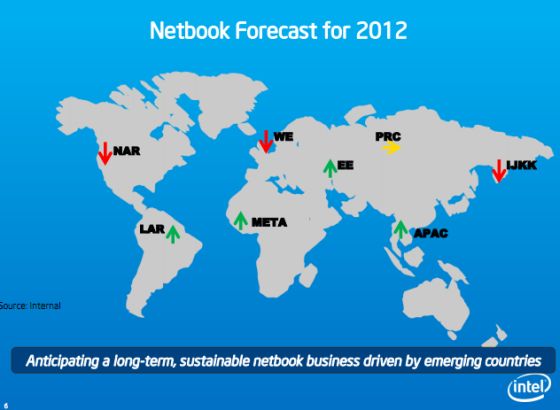 I suspect we’ll see a number of netbooks and other devices with Cedar Trail chips at the Consumer Electronics Show in January, 2012.