Intel is bringing its Arc A-series graphics to desktop computers. Earlier this year the company launched a line of mobile graphics solutions based on Intel’s new GPU architecture. But the new desktop graphics cards can hit higher speeds and deliver more performance… because they’re more power hungry than their laptop counterparts.

There will be four Intel Arc desktop graphics cards available at launch, and Intel has revealed detailed specs for each. 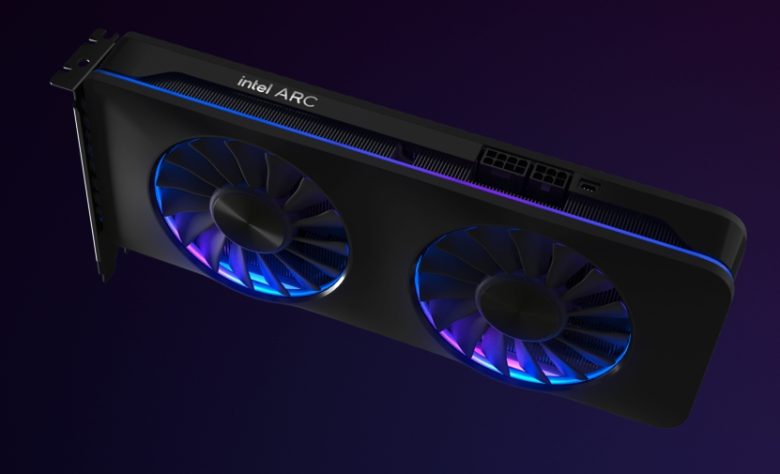 The lineup ranges from an entry-level Intel Arc A380 GPU (which already began shipping earlier this year) to the top-of-the-line Arc A770 (which is coming this fall). There are some big differences in the number of Xe cores, XMX Engines and memory, among other things:

If you’re wondering what to expect in terms of real-world performance, Intel provided a sneak peek last month, when the company released a series of benchmarks showing that the Arc A750 GPU should be able to outperform NVIDIA’s GeForce RTX 3060 in some games… although not by a spectacularly wide margin.

So… Intel’s second-best desktop GPU might be competitive with NVIDIA’s second-worst.