Just a few days after developer Erich Hoover came up with a method for getting Netflix video streaming to work on a computer running Ubuntu Linux, he’s released a simple tool that will install and configure a custom version of Wine, Microsoft Silverlight, and Mozilla Firefox, and configure everything to run as a Netflix app.

In other words, you can now stream movies and TV shows from Netflix on a Linux computer without first installing a Windows virtual machine. 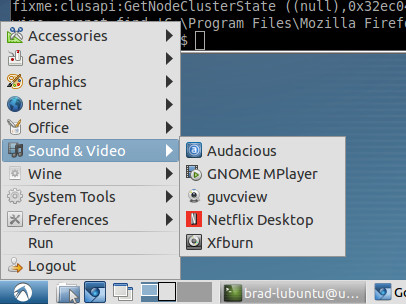 You can find installation instructions and iheartubuntu.

The process is actually pretty simple. You just need to fire up a terminal, add Erich Hoover’s repository, and then install the netflix-desktop app which should download and configure everything else you need.

Update: After installing, uninstalling, and removing files a few times, I managed to get everything working. If you’re having trouble, make sure to check out the troubleshooting tips in the iheartubuntu post and in the comments below the article!

While Firefox is an open source web browser that runs on Windows, Mac, and Linux computers, Netflix won’t run in the Linux version. That’s because the desktop version of Netflix (as opposed to the apps for iOS, Android, Chrome OS, and other operating systems), requires Microsoft Silverlight — which only runs properly in Windows. 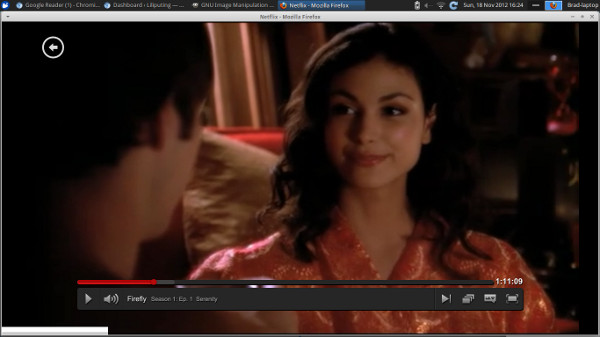 Hoover’s tool makes use of the Wine utility which offers a compatibility layer for running Windows apps on Linux. So you end up running the Windows version of Firefox with Silverlight in order to access Netflix — which launches as a full screen app. You can reduce the size of the screen by hitting F11, or close the app by hitting Alt + F4.

10 replies on “Installing Netflix as an app in Ubuntu Linux”