Looking for a Windows tablet that costs less than a Kindle Paperwhite? You might want to head over to Best Buy. The retailer is selling the Insignia Flex tablet with an 8 inch screen, an Intel Atom Bay Trail processor, and Windows 8.1 for $100. 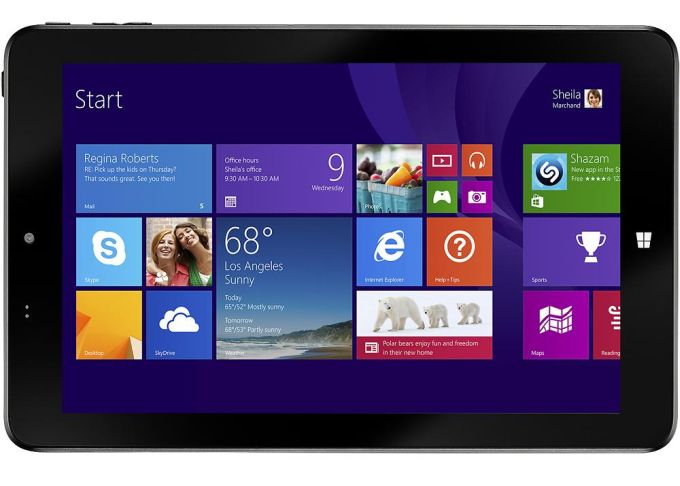 This isn’t the first $99 Windows tablet we’ve seen. The HP Stream 7 sells for the same price, and you can often find the Toshiba Encore Mini on sale for $99.

But as blogger Mike Cane points out, the Insignia Flex is one of the first $100 Windows tablets that you can walk into a bricks and mortar store in the United States and try before you buy (not counting the Winbook TW800, which is only available at that price at Micro Center stores… which are a lot less common than Best Buy locations).

Like many other low-cost Windows tablets, the Insignia Flex also comes with a 1-year subscription to Microsoft Office 365 Personal, which includes 1TB of OneDrive cloud stroage. 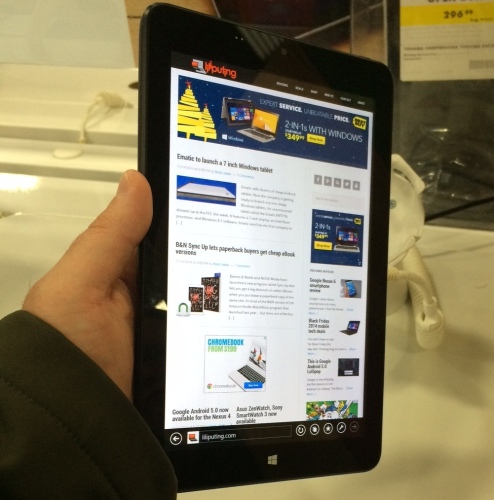 This is a cheap tablet which is designed to run Windows Store apps rather than full-fledged desktop apps… although it has an x86 processor so it can run normal Windows software. Just don’t expect it to run those apps very well.

In other words, cheap Windows tablets like the Insignia Flex are basically the Windows equivalent of dirt cheap Android tablets. But while there are more tablet-optimized apps available in the Google Play Store than the Windows Store, the key advantages of a cheap Windows tablet are that it’s at least capable of running legacy Windows software (poorly) and features tight integration with Microsoft’s apps and services including OneDrive, Office, and Skype (although not everyone will consider those advantages).

If you’re looking for a Windows tablet that’s more capable of running desktop-class apps, you might want to consider the Asus Transformer Book T100, Acer Aspire Switch 10, or another device with a faster CPU, 2GB of RAM, and 32GB or more of storage.

Update: Zatz Not Funny blogger (and occasional Liliputing correspondent) Dave Zatz sends in a few hands-on photos, which I’ve added to the gallery below.