It’s been a few years since the first PC-on-a-stick devices hit the streets. While these tiny computers have gotten more powerful over time, at least one company is shooting for smaller size rather than more power.

The InnCable is basically an Android PC box stuffed into a cable. 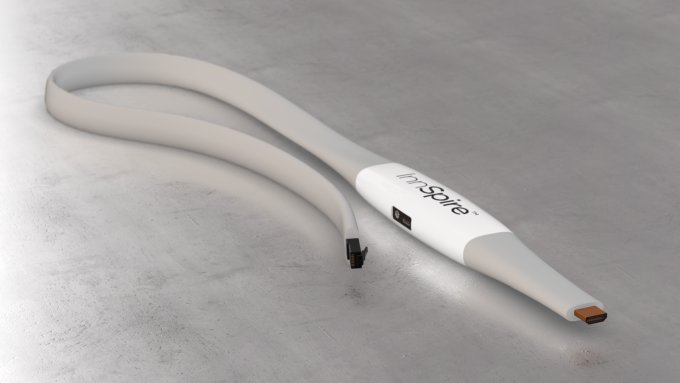 If the TV supports power delivery via HDMI, the InnCable can draw power that way instead of using Power Over Ethernet. And there’s a micro USB port that lets you use a standard 5W USB adapter.

The InnCable product comes from a company called InnSpire, and if the name wasn’t a giveaway, the company is initially targeting hotels. The idea is to provide a cheap solution that hotels can use to let customers do things like order room service or stream media from the TV in their room using Android-based software with a custom user interface

InnSpire says the system works with a RF remote control that doesn’t require line-of-sight, so the InnCable can be hidden away behind a TV.

Eventually the company could offer a version for other industries and/or a consumer-oriented version of the InnCable.

InnSpire hasn’t provided detailed specs for the device, but it’s described as a fanless product with dual USB ports, no moving parts, an RJ-12 serial port, a “blazingly fast processor,” (which I’d take with a grain of salt), and support for Dolby (AC3) audio.

via ZDNet and CNX Software