Chromium OS hacker Hexxeh has been working on porting the open source version of Google’s Chrome operating system to run on the $35 Raspberry Pi computer. While it’s still a work in progress, an initial commit of the Raspberry Pi board has been approved by the official Chromium OS team. 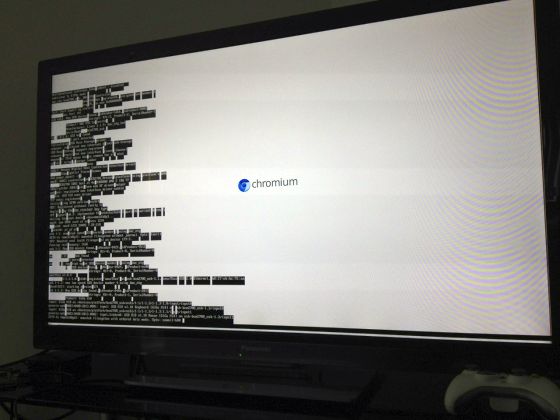 Right now this just means that the core Chromium OS can boot on the Raspberry Pi. It could be a while before we see a stable version of the operating system for the tiny computer. There isn’t even a user interface at this point.

Chrome and Chromium OS are basically operating systems designed around the Google Chrome web browser. Since they don’t have to load much software other than the browser,  the operating systems tend to boot, sleep, and shut down quickly.

The recently release Samsung Series 5 Chromebook 550 with an Intel Celeron processor and 4GB of RAM runs much more smoothly than last year’s model with a slower Intel Atom processor and 2GB of memory — which makes me wonder how well the operating system will run on the Raspberry Pi’s 700 MHz ARM11 CPU and 256MB of memory.