InFocus is a Portland, Oregon-based company best known for making projectors and displays. But the company also makes one of the first tablets to run Mozilla’s Firefox OS, and InFocus works with Foxconn on a line of smartphones which are sold in some regions.

Now InFocus is launching an Android phone with top-tier specs and a mid-range price in Taiwan. The InFocus M810 has a Qualcomm Snapdragon 801 processor, a 5.5 inch full HD display and Android 4.4 KitKat software.

It sells for the equivalent of about $330. 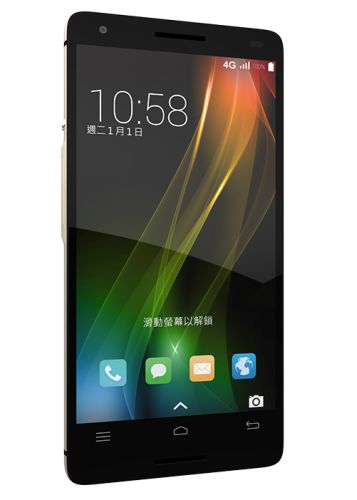 Other features include a 2600mAh battery, 2GB of RAM, 16GB of storage, and a microSD card slot for up to 64GB of removable storage.

The phone has a 13MP rear camera and a 5MP front-facing camera and supports 4G LTE and HSPA connectivity as well as 802.11ac WiFI and Bluetooth 4.0.

The display packs 403 pixels per inch and the InFocus M810 is available in black or gold colors.

While the specs are pretty good, the most remarkable thing about the phone is probably the price. Like the OnePlus One, Xiaomi Mi4, and a handful of other devices (primarily produced in China or Taiwan), the InFocus M810 has the kind of specs you’d expect from a high-end phone like the latest HTC and Samsung flagship phones that sells for closer to $600 than $300.