Google Chrome may be one of the most popular web browsers in the world. But Google is working hard to make it into more than that. You can buy a Chromebook or Chromebox that runs the Chrome operating system (built around the web browser). And you can use the Chrome Web Store to install apps, whether you’re using Chrome OS, Windows, OS X or Linux.

And soon you’ll even be able to pay for in-app content using Chrome. 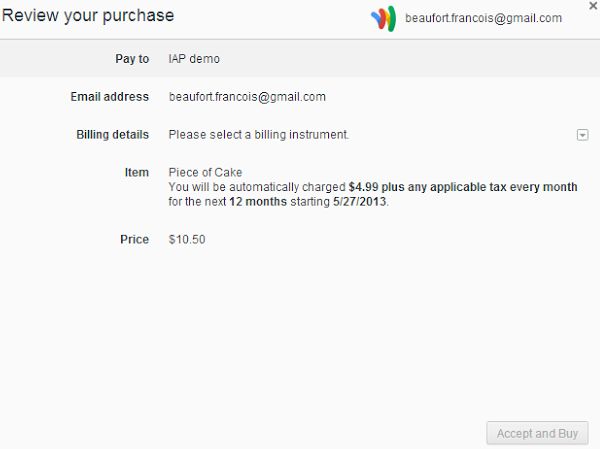 Google evangelist François Beaufort notes that Google is working on support for in-app payments, and it’s already possible to preview the new feature.

This lets developers use Google’s payment system to charge customers subscriptions for content such as streaming music or video services, or collect one-time payments for things like game tokens or power-ups.

In-app payments will apply to Chrome Packaged Apps, which are basically web apps which are designed to run like native apps.