Want a small, low-power desktop computer that runs Ubuntu Linux, but don’t want to go through the hassle of installing and configuring the operating system yourself?

A company called Imp wants to deliver a tiny desktop with an ARM-based CPU, 2GB of RAM, and open source software. They’re launching a crowdfunding campaign to fund the project soon, with prices expected to run about $150.

Update: The IMP campaign is now live at Indiegogo, where early backers can try to snag a system for as little as $129. 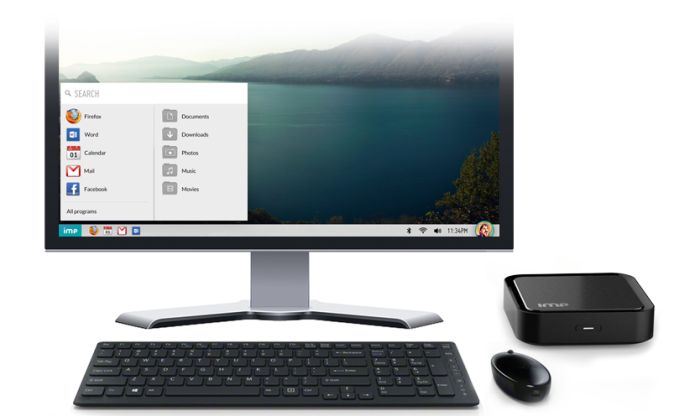 The Imp computer is based on HardKernel’s Odroid-U3 developer board, which you can pick up for $65. But the dev board doesn’t come with a case or storage and you’ll need to install an operating system yourself.

The Imp system comes with 8GB of storage and Ubuntu 14.04 LTS preloaded, along with the Cinnamon desktop environment and Firefox and Chrome web browsers, among other things.

While Imp isn’t ready to ship large numbers of its little computer yet, the Imp team gave away a developer-edition model last month, so it’s good to know there are working prototypes.

via @FanlessTech and Science Blogs