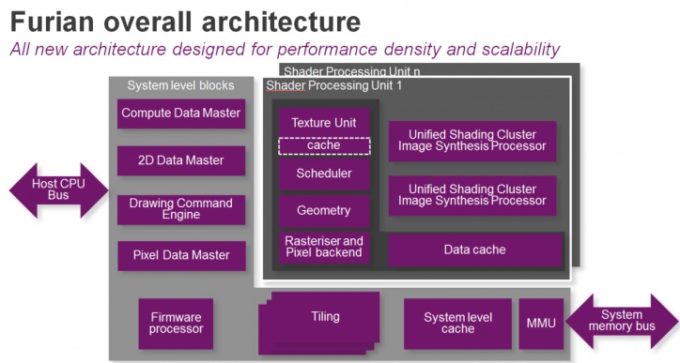 According to Imagination, the new GPU can crank out graphics at 60 frames per second to six 4K displays at the same time… which is probably overkill for a smartphone, but it could come in handy for vehicles with multiple displays or in digital signage applications.

The new graphics processor is the second to be based on Imagination’s new Furian graphics architecture. The first was last year’s two-cluster PowerVR Series8XT 8525 GPU, which the company says already offered a 75 percent performance-per-watt improvement over a previous-gen Series 7XT GT7450 GPU.