Imagination Technologies is launching its most powerful graphics processor yet. The PowerVR GT7900 GPU features 512 ALU cores, 16 shader clusters, and when clocked at 800 MHz, the GT7900 run at speeds of up to 800 gigaflops in floating point 32 mode, or 1.6 teraflops in the low-power FP16 mode.

Don’t expect to find this chip in your next smartphone though. Imagination is targeting affordable game consoles, which means it’s much more likely you’ll find it in upcoming Android TV boxes. 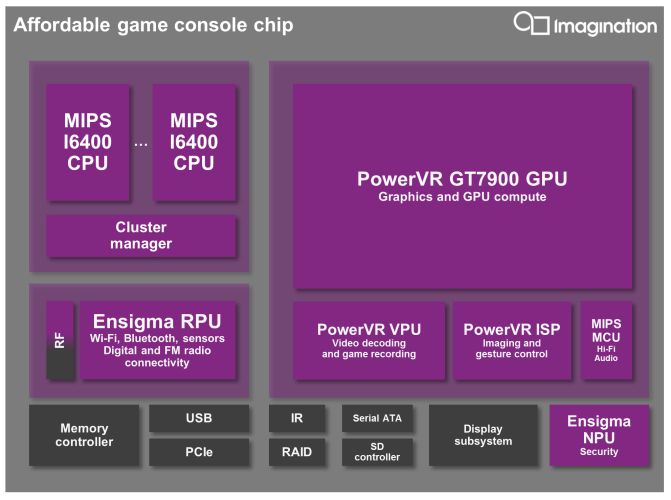 For the sake of comparison, when unveiling the Tegra X1 processor in January, NVIDIA called it the first mobile chip with teraflop performance. But with a clock speed of 1 GHz, the Tegra X1 is expected to offer one TFLOP in FP16 mode and 512 GFLOPs in FP32 mode.

Other features of the PowerVR GT7900 GPU include 10-bit YUV color support 4K video plaback at 60 frames per second, and support for OpenGL ES 3.1 and the Android Extension Pack.